As you might have heard, this weekend marks the start of a little something called the FIFA World Cup, in which 32 soccer (or as those crazy people we like to call “everyone else” calls it, football) teams will converge on South Africa to compete for the title of the Greatest Team in the World. 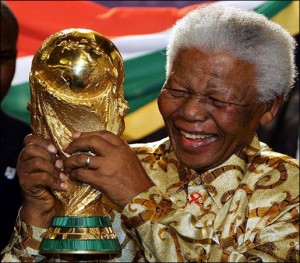 Morgan Freeman will be there.

But for a moment let’s just assume that you’re not a fan of the most popular sport in the world. The low scoring matches and the overall dominance by teams not called the USA just kind of turns you off. Well fear not, little campers, because it turns out that the title “World Cup” need not only apply to a game that involves a bunch of dudes running around and kicking balls, though when we put it like that, it sounds a lot more exciting and 10 times more hilarious, doesn’t it?

Anyway, here are some other World Cups that we think you  might find a little more interesting…

The World Cup of Beer

Why not just start with the one we’re sure most of our readers will find most interesting? This year marked the 16th World Cup of Beer, which is held annually to determine who the greatest beer drinkers in the world are. No, wait, that was “Beerfest.” The World Cup of Beer is exactly what you think: a contest to determine the greatest homebrew in all the world. At least, that’s what you would expect from the name, even though from looking at the competition’s website it seems to be pretty much limited to American entrants. But hey, no one complains about MLB calling its championship a “World Series,” right?

You can probably just lose those other flags, guys.

The World Cup of Pastry

If the World Cup of Beer didn’t get you salivating, maybe you’re more of a delectable treat sort of person. Rather than getting hammered on microbrews that will no doubt leave you with one of the biggest hangovers you’ve ever imagined, you prefer to indulge in sweets that will make your teeth rot out by the next morning. What you want is the World Cup of Pastry, wherein contestants enter all kinds of ridiculously delicious looking cakes and other assorted pastries that make you gain 10 pounds just by visiting the competition’s website. Last year 22 nations competed with France coming away the winner, with Italy and Belgium placing second and third, respectively. 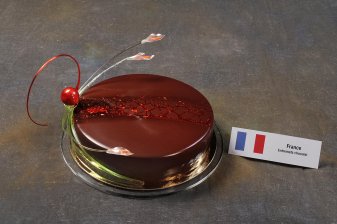 Shortly after this photo was taken, the French dessert surrendered to a German Chocolate Cake.

The World Cup of Foosball

What’s that you say? You like the idea of soccer and the idea of beer, and wish there was some way to combine the two? Well if you’ve ever been inside a bar, chances are you’ve seen a foosball table. Foosball is like soccer, only designed for people with no athletic talent whatsoever. It truly is a sport of kings, where you can chug a beer in between giving up embarrassing goals to your girlfriend because you either weren’t paying attention, weren’t ready, or weren’t really trying. But all kidding aside, this one actually is tied into the FIFA World Cup, at least for this year. As a part of the build up to the beginning of the tournament, the World Cup of Foosball was held with representatives of the 32 countries taking part in the real World Cup with the finals taking place in South Africa last November. 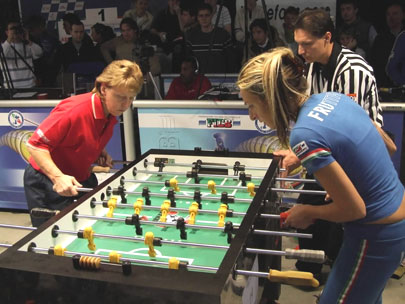 Do they really need the ref, though?

Yep, there is a Homeless World Cup. And it is exactly what you think it is. International teams comprised entirely of homeless men compete in street soccer, and began in 2003. It is a legitimate tournament, with corporate support coming from the likes of UEFA, Nike, Manchester United and Real Madrid, and it exists in an effort to put an end to homelessness. In 2008 a women’s tournament was introduced, and this year 64 nations are expected to compete in the men’s Homeless World Cup. 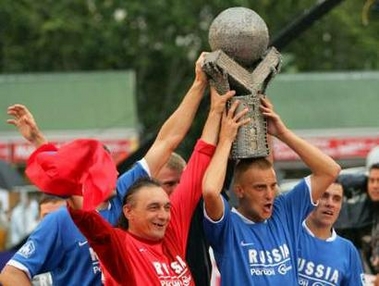 While it might seem like a strange or funny concept upon first glance, it should be noted that 73% of the participants, who otherwise would never have gotten a chance to better themselves, see tremendous change in their lives after competing. According to the official website these men and women kick drugs and alcohol, find jobs and homes or pursue an education, reconnect with families and some have even gone on to play in real, organized semi-pro leagues.

We have to say that if you’re going to skip the FIFA World Cup in favor of one of these other events, you could do a lot worse than supporting the Homeless World Cup.