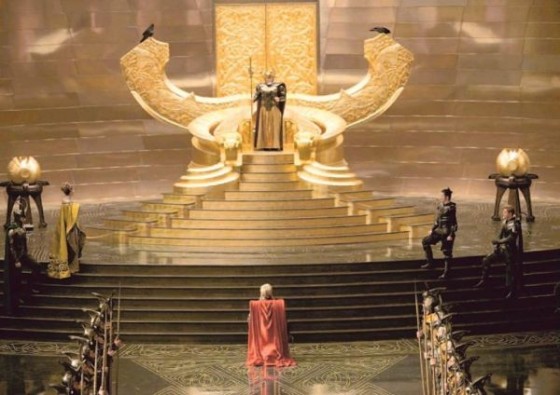 Ever since the original Iron Man and the eponymous ending that brought in the prospect of an Avengers-type future cross-over with Sam Jackson’s Nick Fury, we all knew that eventually things in the Marvel movie universe were rapidly going to get really, really cool. Then Iron Man 2 came out this past early summer and not only was Fury back, in a more prominent role, but so were two bigger hints that more Avengers-type future cross-overs (where have I read that before?) were becoming closer to fruition.

Stark first uses what looks like a piece of Captain America’s shield to balance the ‘laser’ that was creating his new chest piece and the brand new element there in.

Secondly, had you hung around post-credits, you’d have seen a scene featuring most of Thor’s hammer, Mjolnir, buried in a giant crater in the desert.

Of course by this point we already knew that two more films were in the works: Kenneth Branagh’s THOR and Joe Johnston’s Captain America: The First Avenger. And now, faithful readers, we have pictures! Check these out!

Now these images are both from Yahoo and were actually originally posted on April 30th, but I haven’t seen them till now. In addition, since these are actually just artist’s renderings, here’s a few actual stills from Thor from AICN: 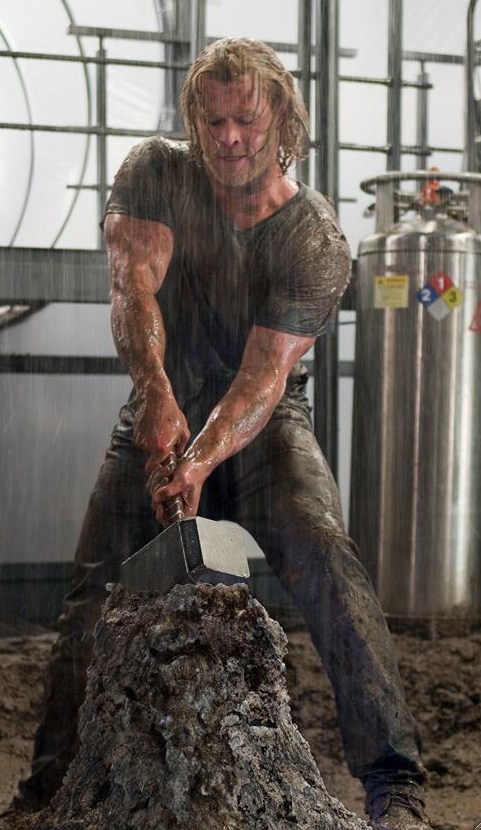 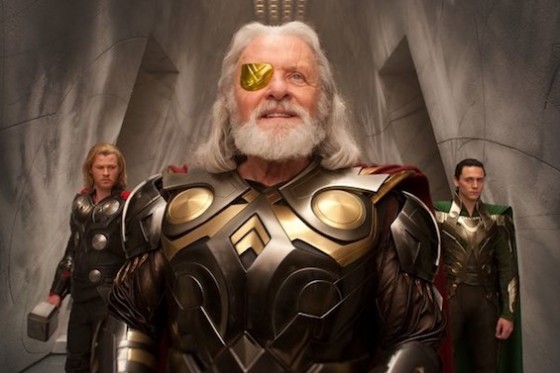 So there ya go. Impressed? Disappointed? Worried? Slightly irritated? Well, why not vote it out! Frankly, I’ll see just about anything with Anthony Hopkins (The Wolf Man anyone?) so, there ya go!