Humor > Pop Culture > A Look Back at Sniglets

A Look Back at Sniglets 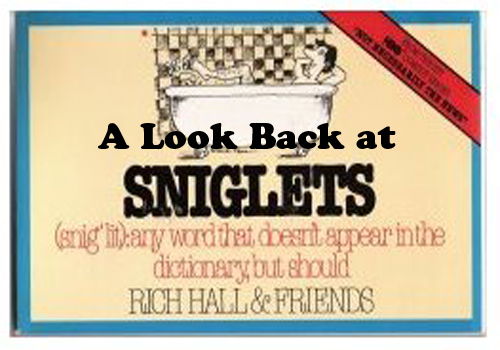 It all started back in the mid 80’s on HBO with a little show called, ‘Not Necessarily the News’ with a comedian named Rich Hall. Basically, a Sniglet was a word that didn’t already have a definition or appear in the dictionary, but most certainly should have. On every episode Rich Hall would feature a word or words and not only give them a name, but also a proper definition just as you would find in a dictionary. And believe me when I say, they were typically very, very funny. And then, inevitably, came the books. These books, as a matter of fact: 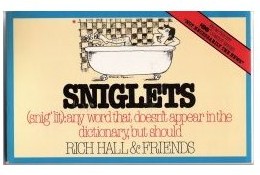 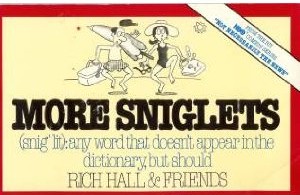 Unexplained Sniglets of the Universe (1986) 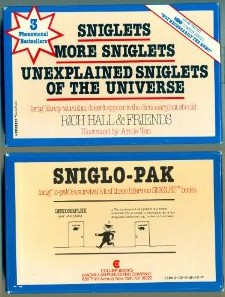 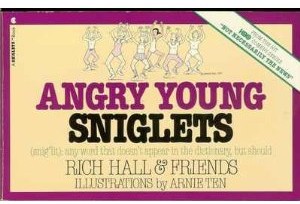 And then, presumably, he either ran out of words that didn’t already have definitions, or else the track ran out on this particular train. But the simple fact still remains. Sniglets were not only funny but also a really great concept. So let’s take a look at Sniglets, shall we?

Toastaphobia: The fear of sticking a fork in a toaster even when it’s unplugged. 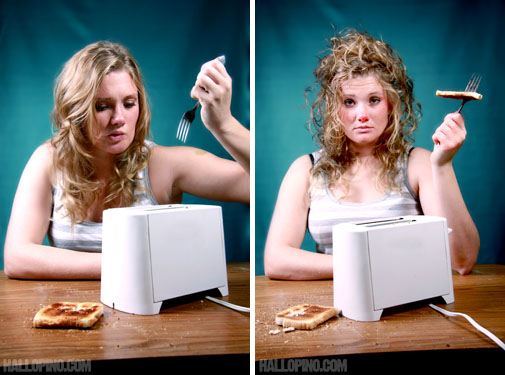 Sark: The marks left on one’s ankle after wearing tube socks all day. 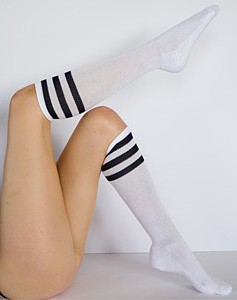 Pre-autoistic McConsumption: The tendency to start eating your french fries in the car on your way home. 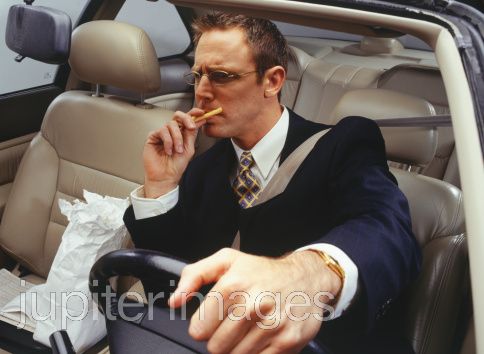 Ancinemation: The curious act of waiting in line to see a movie and watching exiting movie goers’ reactions to see if they liked the movie or not. 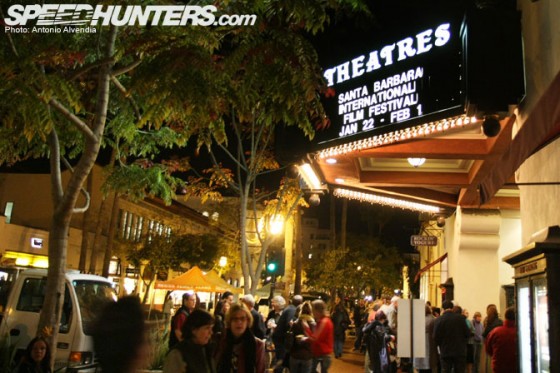 Lactomangulation: Manhandling the “open here” spout on a milk carton so badly that one has to resort to using the “illegal” side. 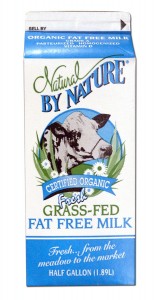 Alcolean: The point just before a drunk person starts to stumble. 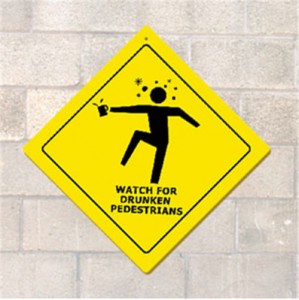 And now, so pretty cool You Tube vids of Sniglets.