Gadgets > Games > A Madden 2010 Preview: A History of Glitches

A Madden 2010 Preview: A History of Glitches 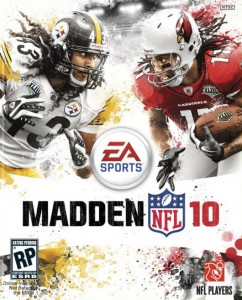 Do you like football? Do you like video games? Well if you answered yes to both of these questions (or if you’re a breathing male), you are probably aware that Electronic Arts released Madden NFL 2010 this past August 14th. And if you think you’re really good at this video game, maybe you should consider entering GameStop’s Battle of the Gridiron tournament. It pits individuals against each other at the more than 2,900 Gamestop store locations across the United States. Winners will eliminate others and advance through the rounds until reaching the finals held in Phoenix, Arizona. Grand prize is $5,000. All for playing a video game. Only in America! For more information of the tourney, including rules, locations, and FAQs, check out Gamestop’s website. And if you’re wondering who will fall to the Madden curse this year, the answer is cover boys Larry Fitzgerald and Troy Polamalu. Though if it were me, I might have chosen some like this for the cover instead: 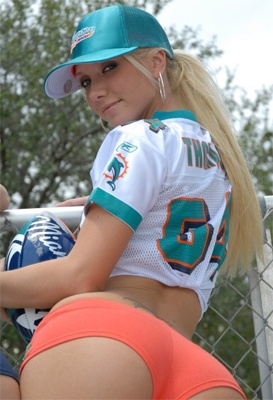 To celebrate the Madden franchise and entertain you a little this preseason, here are some of the great glitches (and one fail by Jeremy Shockey) throughout the game’s history: