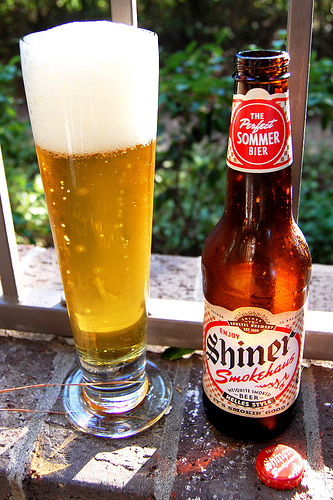 Recently I have discovered two foods that not only go great together, but are a really unique experience. 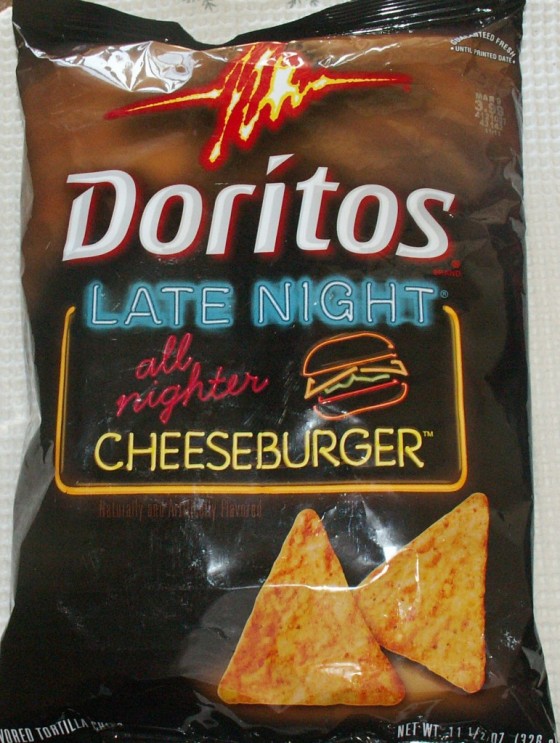 First up is Doritos Late Night All Night Cheeseburger Tortilla chips. And, yes, they really print all of that on the front of the bag. From the initial opening of the bag where you are greeted by a meaty smell combined with a ketchup and mustard aroma, to the actual eating of the chip -which adds the flavors of cheese, pickles and onions-  the geniuses of Doritos delivers on what they promise. It’s exactly like eating a cheeseburger, but with crunch and in a good way, not a stale one.

Then, yesterday we were over at my buddy Stew’s for BBQ and I grabbed a couple of six packs. I spotted a six pack from the fine folks at Shiners brewery and it was called Smokehaus. 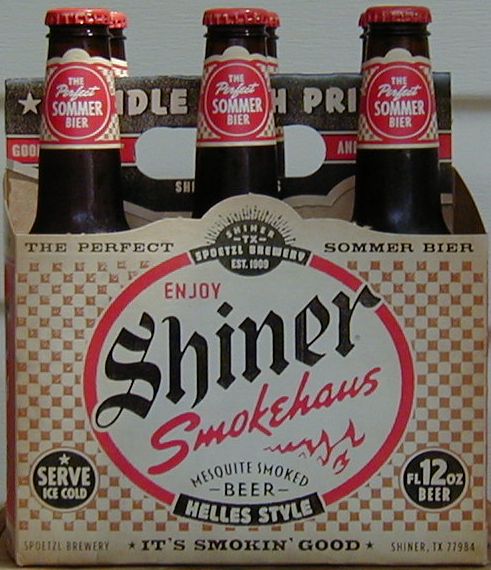 They take the malt for the brewing process and roast them with mesquite. This is true brewing genius! You’re already at a cookout with the smells of chicken sizzling over a hot bed of coals. This just adds to the experience. From that first drink to the emptying of the bottle you get that full flavored mesquite flavor with a cool, crisp summer brew. The perfect complement to any BBQ this summer.

Beer and chips. The perfect combination and now with two unique flavors that bring the experience to a new level.