Media > Movies > A Reason “2012” Shouldn’t Be the Apocalypse: Beatrice Rosen

A Reason “2012” Shouldn’t Be the Apocalypse: Beatrice Rosen 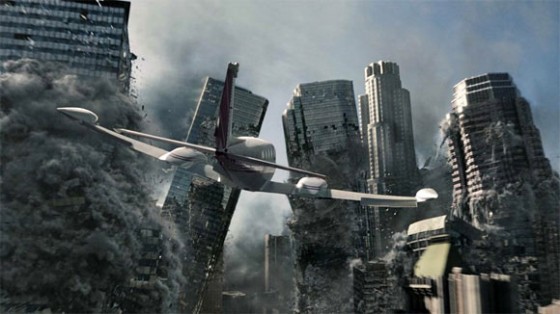 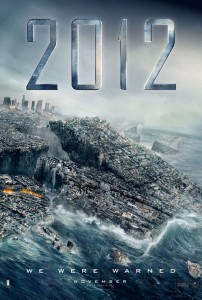 Science fiction buffs across the land are gearing up for the release of the big, grandiose end of the movie world. I mean… big, grandiose end of the world movie. The movie I speak of is, Roland Emmerich’s new flick, 2012, about the widely prophesied end of the world occurring in December 2012. The very same, 2012 that is becoming increasingly less than 1,000 days away. So, while the science fiction buffs gear up for their big, grandiose movie, I am going to be gearing up to witness the second coming of Y2K. The very same Y2K epidemic that gave birth to bulldog-jawed laptops everywhere that grew limbs and devoured all things child and animal. Maybe even a kitten or two. And then the date in the bottom right corner of the screen just blinked itself “2000”. Remember that? I don’t.

So this time around, I’ll be prepared. And typically, I like my apocalypse to loom at least a few centuries off in the distance. Because two years and some months just isn’t enough time to start striking check-marks on the ol’ bucket list. Alas, 2012 approaches. And you can expect it to be three things: big, grandiose, and probably unfulfilled. However, there is one reason that 2012 might actually be worth the ticket. It’s not to see Woody Harrelson play a prophetic wackjob who nails his apocalypse call just as well as he predicts the great success of Ishmael, the Amish bowler in Kingpin. Amidst all the world-destruction, there will be a woman making the end of the world seem almost worth it. She isn’t Amanda Peet, though Peet is looking her 5’6”, brunette best in all the footage I’ve seen thus far. 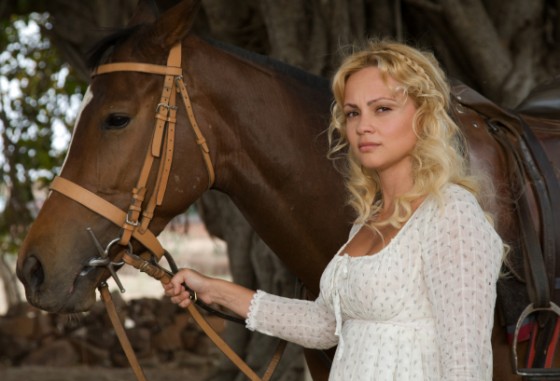 No, It's not that kind of film.

She is Beatrice Rosen and you’ve never heard of her. The 2012 Wikipedia page hasn’t even heard of her. She’s not even listed on the credit list. But Beatrice Rosen has been confirmed per IMDB that she’ll be playing Tamara in the film. And it’s okay that you’re thinking that the only Beatrice you know is the lady your grandma plays gin rummy with. There probably hasn’t been a playmate named Beatrice since Hef was in his 50’s—which may or may not have been before the Cold War. She’s French, and “Hi, I’m Beatrice” undoubtedly sounds much sexier in French than it does coming from your toothless grandma’s girlfriend.

You don’t know where you’ve seen her, but if you’re like me, after the third time you saw The Dark Knight, you wondered “who the hell was that girl with Bruce Wayne?” Not Maggie Glynhenhal (certainly not)—think harder. Think fancy restaurant scene. Blonde. Diamond earrings. Black dress. Little…black dress. Beatrice Rosen played Natasha, Bruce’s Russian ballerina date. Stunning. Beautiful. Blonde. All woman, no flaw. A date fit only for a superhero. Yeah, that was Beatrice.

Now I might not be thrilled about the actual movie but Beatrice is easy on the eyes which will make the big, grandiose, 2-hour clap-trap of a film a pleasure. I can safely assure you that 2012 will need a girl like this—if nothing else but to be the woman on the receiving end of an interesting proposition. Because we all know that if the world is going to end, you’re left with no choice but to go out with a big, grandiose, beautiful-blonde, French bang. (Dreamy goddess, impossibly impossible pun wishfully intended.) The fact is the girl is hot. End of the world hot. Apocalypse hot. And although Wikipedia doesn’t find her important enough to include her in their 2012 credit list, I have taken it upon myself to dedicate a gallery to showing you just how hot Beatrice Rosen really is.