Media > Movies > A Review of The Troll Hunter

A Review of The Troll Hunter 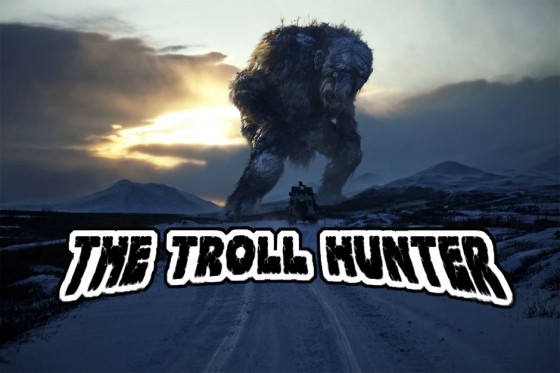 Typically, you’d hear the former line followed by, “In the dungeon… thought you ought to know…” Ya know, from Harry Potter! Or what about the infamous, “They have a cave troll…” from The Lord of the Rings? Yeah, we know that one, too.

But what you didn’t know is that in the Norwegian woods and surrounding mountainside, trolls are a very real threat. Well, that’s definitely what director and screenwriter André Øvredal wants you to believe. And in his new film The Troll Hunter, my God is he convincing.

We all know the lore. We’ve all heard fairy tales of the Billy Goats Gruff and the, “Fee Fi Foe Fum, I smell the blood of an Englishman…”. Well, oddly, they’re all true. André Øvredal has created a masterpiece that will literally make your blood run cold at the prospect of real trolls actually existing… anywhere. But thank goodness this film takes place in Norway and within its encompassing beautiful rolling hills, vast farmland and stunning forests. If their intention wasn’t to — even a little bit — spark the Norwegian tourism industry, well, bravo in covering it up so well because the landscape (even with the trolls) is breathtaking. 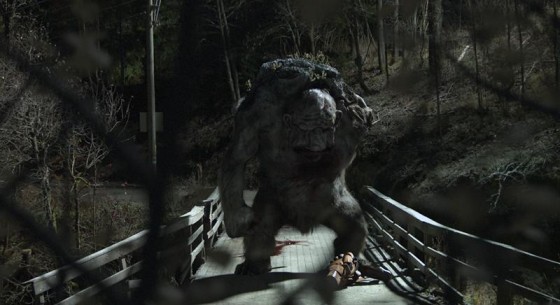 But what of the trolls? The film’s suspense isn’t thinned for a second, and in true first-person perspective (the camera shots) — and a not-so thinly-veiled homage to The Blair Witch Project or Cloverfield — we get the feeling the trolls aren’t just out there loafing around, but are lumbering hulks with no conscience and appetites for, of all things, rocks. And it feels like you are along for every second of the ride.

It all begins when four college kids are using their journalism credentials to get the scoop on local bear attacks and the subsequent bear deaths. The occurrences seem a little duped and the populace — as the populace is wont to do — seems satiated as long as there’s a dead bear to blame. But the kids (Glenn Erland Tosterud as Thomas, Johanna Mørck as Johanna, and Tomas Alf Larsen as Kalle) aren’t convinced. They’ve heard word there is a potential poacher in the vicinity because it seems these bear killings aren’t exactly sanctioned by the government. They ask around and find out where a very odd individual is taking up residence during the day while he spends his nights… out. The kids are nothing if not tenacious and begin to follow him, despite his denial to do an interview. Soon they trail him into the woods, spotting his truck, and wait for him to come out so they can finally get some information. Until… 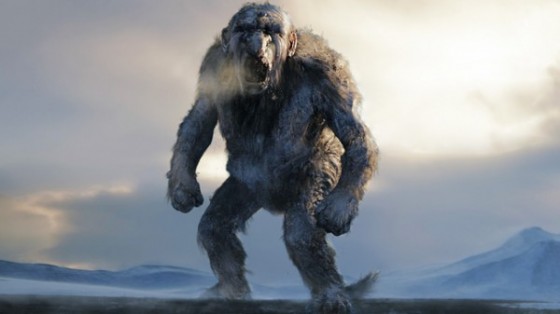 Wait, what? Troll? Are you serious? Yes, very. As it turns out, the guy (Otto Jespersen) is, well, a troll hunter. And his prey is right at this second caroming through the trees, snarling with blood thirst, and making a bee-line for Hans… and the kids, too!

Let me take a second to tell you there is nothing quite as frightening as something you know can not possibly exist stepping out of the forest and bellowing into the night. I’m a sucker for monster movies, from Dracula to Cloverfield, and that gnawing twinge you get at the nape of your neck when something as terrifying as a vampire or a space demon is shown for the first time. But there is a fine line between utterly ridiculous, and just slightly left of center where things exist that could, just maybe, be real. That dank corner of your psyche you typically suppress with thoughts of butterflies and ponies… that bleak area we only explore in dreams. That’s where the idea of trolls being more than just stories exists. 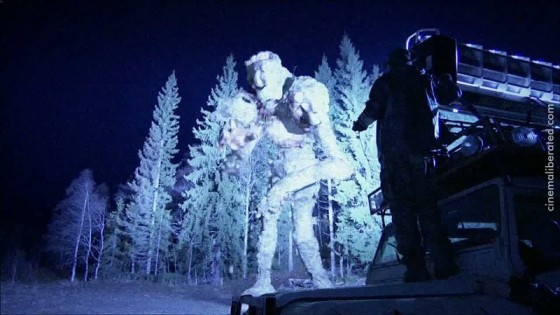 But the suspense alone carries us just a bit further. Hans finally agrees to talk, and takes the kids back into the woods to capture his prey, only if they do exactly what he says when he says it, up to and including smearing themselves with troll stink. At this point, the kids are still disbelieving and laughing at the idea of trolls — until they see it. And so do we. The trees part, branches snap, low, guttural calls belch into the night, and the thing of a thousand nightmares steps into the frame.

The movie is a full-on fear fest with just enough breaks in the action to allow you to catch your breath. The story is solid, and the reasons for the troll’s appearance in areas they typically don’t frequent actually seems to make a lot of sense. The acting is decent, especially from Otto Jespersen who plays his role so dramatically deadpan you’d almost believe he was a real troll hunter. Some of the biggest surprises (none of which I will actually spoil, so don’t worry) include troll lore in action and a very real news clip at the end that will make you bray with nervous laughter. This is a movie for every monster fan out there and every horror fan as well. A fun two hours for sure.

Runs 129 minutes, all of which are solid gold.