Media > Movies > ‘A Serious Man’ from the Coen Brothers

‘A Serious Man’ from the Coen Brothers 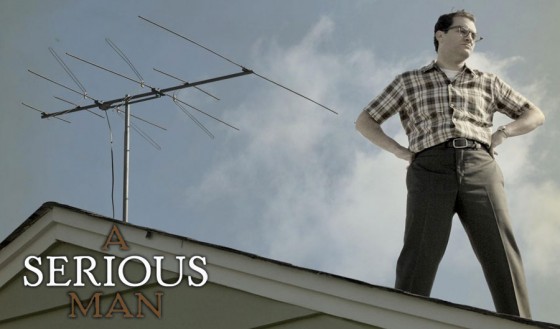 I recently went to see the new Coen Brothers flick A Serious Man.   I purposely went in knowing only that it was a black comedy about bad stuff happening to some guy.  It sucked.  Why?  Because I’m not Jewish and I don’t read the Bible.  Also, I am apparently Job.  Here’s how it went down.

I got my seat, watched a couple of horrible previews, one that may become mandatory viewing  for all African-Americans called Precious, solely because it is brought to us by both Oprah and Tyler Perry.  It stars a girl who looks like Biggie Smalls, Mariah Carey without makeup (which actually looks like a regular person wearing makeup to make them look ugly), and a teacher who actually says her favorite color is purple.  Seriously. 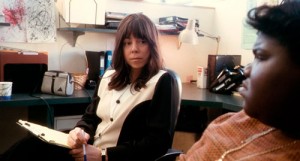 Biggie asks Mariah what happened to her face

Then there was a trailer that is definitive proof that Hollywood is out of ideas.  It is for a movie called Babies.  Yes, Babies.  It follows four babies of different cultures for the first year of their lives.  That’s it.  So it will be 90 minutes of breastfeeding, shitting, crying, pissing and the last five minutes will feature a little walking and talking.  To be fair though, I may go see if for that first thing.  Anyway, the way these previews stereotyped blacks and babies, A Serious Man does for Jews.

I don’t consider myself a serious man, which is why I found myself laughing hysterically to myself as A Serious Man played.  It wasn’t at the movie though, which is billed as a black comedy.  At some point there may have been a typo where someone wrote black instead of bleak, and comedy instead of any other word.   As the third ‘Shut your cellphone off, Asshole’ promo ran, by an act of an ironic Hashem, or, more likely, the guy who wants me to buy his Wii from Craigslist, my phone rang and I politely went outside to take the call.  You should know going in that Hashem is what Jewish folk sometimes call God.  Get used to it, as you’ll hear it 4 to 5,000 times in the next 90 minutes. Upon my return, by an act of Hashem, or, more likely, the guy who poorly designed the hooked, open-ended cupholders, as I sat down my pants pocket caught on the bev-rest and began tearing it from my pants.  Beautiful.

The first scene of the movie takes place in the past in Israel using subtitles and a ghost story that made me question if I had returned to the right theater.  As the opening credits rolled, by an act of Hashem, or my wife, my phone rang again, I left to answer it, returned and then by another act of Hashem, or my ass growing steadily over time, I sat down and was snared by the other cupholder and left with another torn pocket.  All I could do was shake my head and ask “Why?”

The film follows a man named Larry Gopnik who gets shit on by everyone and everything.  His wife is leaving him for a friend, a kid he teaches is trying to bribe and blackmail him at the same time, his brother mooches off him, his kid is scamming records from Columbia House using his name (ah, memories), and his daughter is stealing his money out of his wallet.  Oy Vey.  It’s a very intriguing first act and I’m in Chesire Cat-like grin mode, waiting to see how this all ties together.

Larry goes on a quest to find out why he’s the toilet paper in Hashem’s bathroom diorama by seeking the advice of three Rabbis who turn out to be either posers, clueless or too cool for Hebrew School.  As Act 3 wound down, sure enough my phone rang again.  By a third act of Hashem or the increasingly annoying Wii guy calling to give me his other phone number, I ran out, back to my seat and  promptly caught BOTH pockets on the cupholders and made myself a nice set of khaki elephant ears where nice chinos used to be.  This just as the seemingly worst of things were headed Larry’s way and the movie closes, successfully completing the Coen Brothers blue balls finale trilogy.  (See: No Country For Old Men and Burn After Reading.)  I laughed out loud to myself like a lunatic in the quiet theater at both the state of my pants and the completely unsatisfying ending. 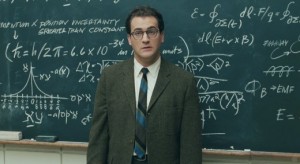 I headed out wondering what the hell I missed or if I simply saw a crappy movie. I did not pass Go or collect $200 as I bee-lined to a computer to shockingly see rave reviews everywhere for this movie.  It turns out the whole thing is basically the Book of Job from the Bible, where shit happens to Job and he tries to find out why, getting no real answers.  So A Serious Man is basically what the Coens already did with O Brother Where Art Thou and Homer’s Odyssey.  Call me crazy, but I feel like a good movie shouldn’t have a pre-requisite, such as a Masters Degree in Theology…or prior knowledge that I also may be Job.