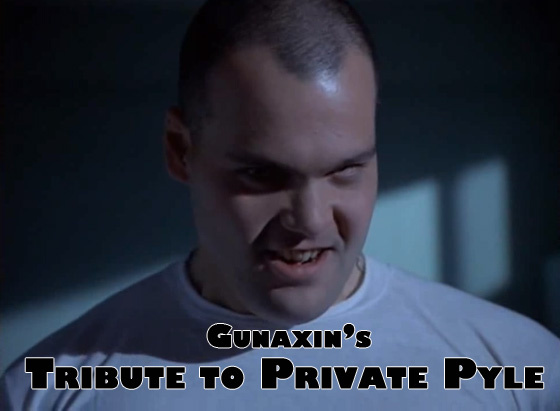 The original cut of the left/right scene

Something we used to do at sleepaway camp…

Though the soldiers get M16s when they arrive in Vietnam, they are trained with M14 rifles. This is where Private Pyle excels.

Memorize this, and chant along with the video:

“This is my rifle. There are many others like it, but this one is mine. My rifle is my best friend. It is my life. I must master it as I must master my life. Without me, my rifle is useless. Without my rifle, I am useless. I must fire my rifle true. I must shoot straighter than my enemy, who is trying to kill me. I must shoot him before he shoots me. I will. Before God I swear this creed: my rifle and myself are defenders of my country, we are the masters of our enemy, we are the saviors of my life. So be it, until there is no enemy, but peace. Amen.” 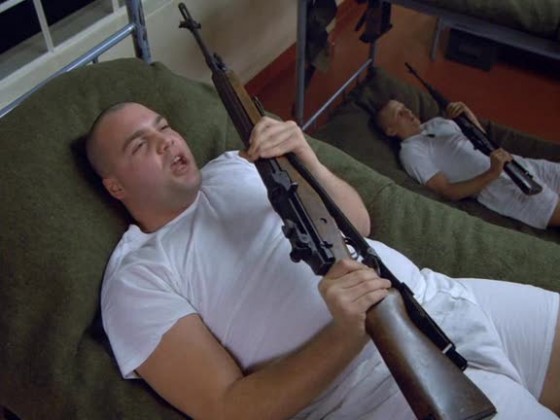 Private Pyle with his rifle, Charlene.

We feel all warm and gushy inside. Private Pyle and Gunnery Sergeant Hartman have a moment together. But Private Pyle now has an M14 rifle, locked and loaded with full metal jacketed 7.62x51mm NATO ammo.

Before we get to the real scene, let’s see how it plays out as a cartoon.

It’s this part of the tribute where we normally list action figures, T-shirts, and other things based on the person who we’re honoring. Unfortunately, we couldn’t find any Private Pyle action figures or bronze statues, or even XXXL T-shirts. However, we did find a few of R. Lee Ermey, who played Sergeant Hartman (who is #3 on Gunaxin’s Badass Movie Soldiers list). Sideshow Collectibles made several, which you can buy for target practice. 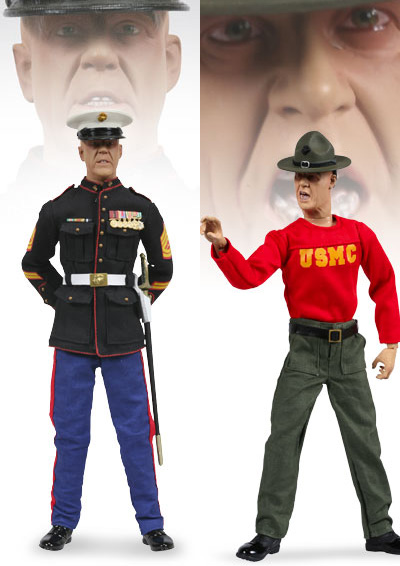