Media > Movies > A Tribute to Jek Porkins of Star Wars

A Tribute to Jek Porkins of Star Wars

In the most critical sequence of one of the most popular movies of all time, George Lucas cast William Hootkins, a portly, bearded actor, as Jek Porkins (also known as X-Wing pilot Red Six), who dies on a mission to destroy the Death Star (The Battle of Yavin) in Star Wars. Despite  being on screen for only a handful of seconds, he created a lasting impression as the first pilot to die on that mission. He is also on Gunaxin’s list of 20 Stupid Star Wars Character Names.

Hootkins, who died in 2005 of pancreatic cancer, was also in the 1989 Batman film, as well as Raiders of the Lost Ark. 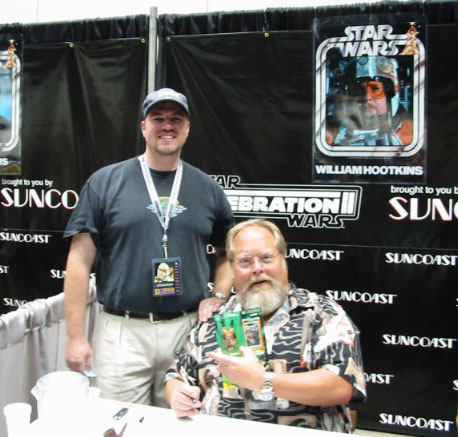 Hootkins at a Star Wars convention in 2002.

Like other Star Wars characters, Jek’s biography is much longer than his screen time, and you can read all about it on Star Wars Wiki, aka Wookieepedia. Also, Jek’s death ranks as No. 5 on Gunaxin’s The Ten Most Unnecessarily Gruesome Star Wars Deaths article.

Due to popular demand, he has his own action figure: 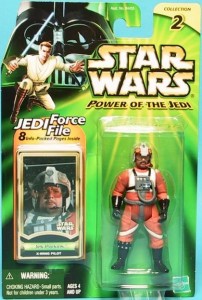 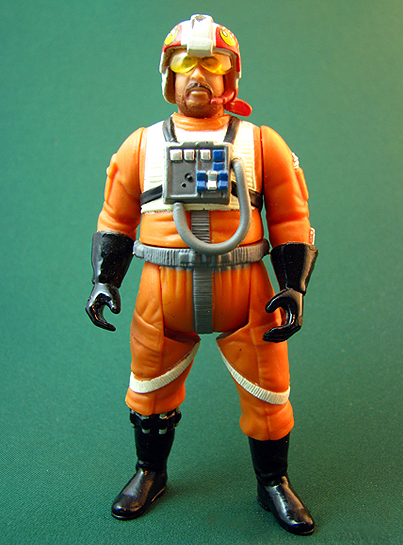 And now we will compare the action figure to the real face. Not a bad resemblance, I must say. 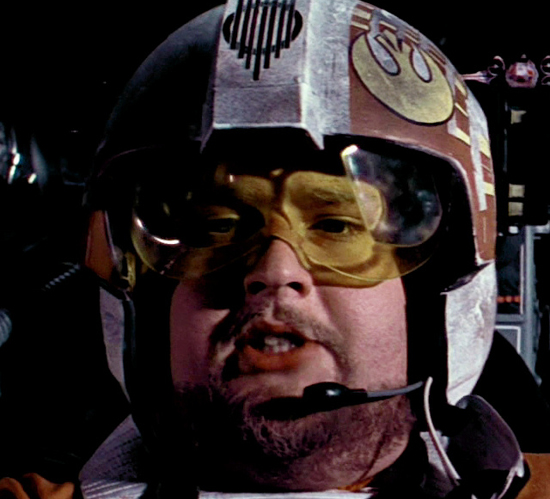 A video review of this figure:

Here is a T-shirt that some two-bit company made. Buy it here. 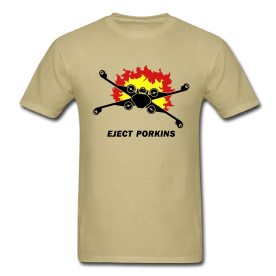 Here is an 80s-style computer game featuring Jek and Ponda Baba in a haunted house. Download it here. 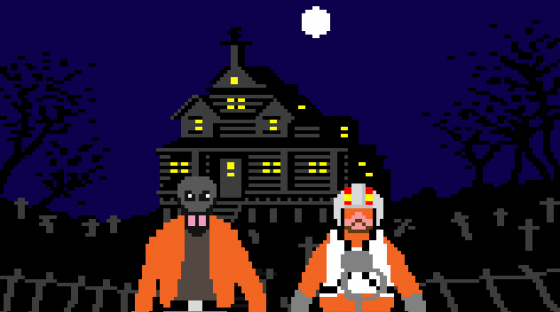 I’m right with you Red Three.

I got a problem here.

I can hold it.

Then his ship explodes, and he dies, a martyr for intergalactic freedom from the Empire.