A Tribute to Leslie Nielsen 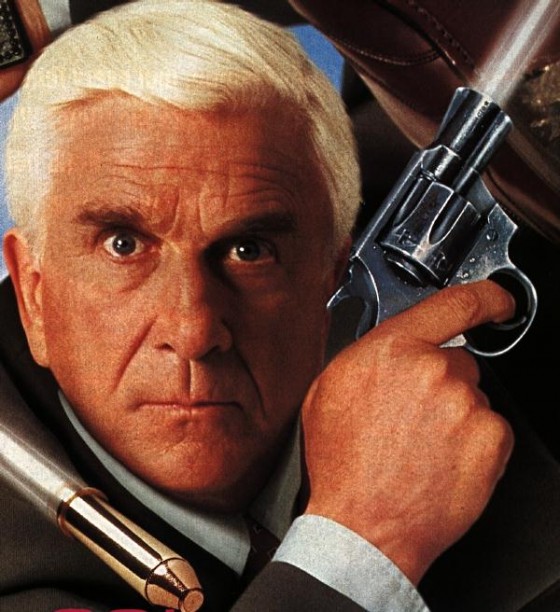 Leslie Nielsen has died at the age of 84, according to internet reports. The canadian funnyman and actor passed away in a hospital in Ft. Lauderdale due to complications from pneumonia.

Born in 1926, Nielsen started acting in the late 40s, appearing in a large number of dramatic TV shows as well as several commercials and documentaries. His first big break came when he successfully auditioned for the lead role in the influential 1956 science fiction film Forbidden Planet, which was a huge financial and critical success. His solid performance allowed him to land starring roles in films and television throughout the 60s and 70s.

Of course, Nielsen is most famous for his comedy, which began with his role in Airplane! in 1980. One of the funniest films ever made, Nielsen’s hilarious deadpan portrayal of Dr. Rumack is iconic.

Because of the success of Airplane!, Nielsen was asked to star in the criminally under-appreciated 1982 TV comedy Police Squad!, a spoof of police dramas.

It only lasted six episodes, but it served as the inspiration for the 1988 comedy classic The Naked Gun and its two sequels. Nielsen’s portrayal of Lieutenant Frank Drebin, a police officer completely oblivious to the chaos created by his own incompetence, is easily his funniest and most beloved role.

Nielsen continued to do steady work after the final Naked Gun movie was released in 1994; he remained active in the entertainment industry right up until his death, appearing in movies, documentaries, mockumentaries, animated comedies and even a one man stage show. He received the Jack Benny Award for his comedic talent in 1995, a star on both the Hollywood Hall of Fame and Canada’s Walk of Fame (in 1988 and 2001, respectively), and he was made an Officer of the Order of Canada in 2002.

Altogether, Nielsen’s career spanned 62 years, during which he portrayed over 200 different characters in over 100 movies and 1,500 television episodes. That’s a staggering achievement, but despite the huge variety of roles we believe the best way to pay tribute to Nielsen is obvious: skip work and have a Naked Gun marathon. It’s the least we can do to honor him.