A Tribute to Lloyd Dobler 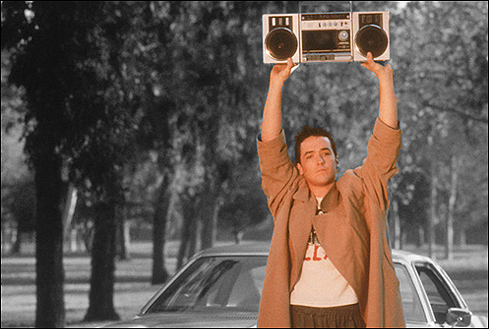 Lloyd Dobler from the 1989 film Say Anything is the everyman. He is, fortunately for us, the everyman who knows exactly what he wants out of life — Diane Court.

The Valedictorian with a free ride to a college in England, Diane is the polar opposite of Lloyd, who hangs out with his buddies behind the Gas N Sip discussing the mysteries of life. She has memorized a dictionary, while Lloyd is trying to become the next kickboxing legend.

There is a singular quote from the movie that I think would make all our lives easier:

His chances of actually getting together with Diane who has the brain of Einstein and the body of a game show hostess would be nil in the real world. I mean, think about your own high school days. Would you have made the play or not? When questioned at the party on his success, Lloyd gives the best answer ever:

Say Anything is a great movie for a number of reasons: great music, especially “In Your Eyes” by Peter Gabriel, a great cast that was pretty unknown at the time, but mostly, Lloyd Dobler and his quote we should all live by:

“I am looking for a dare to be great situation.”

So says Lloyd. I’ll leave you with this: