Sports > Other > A Tribute to ‘Macho Man’ Randy Savage 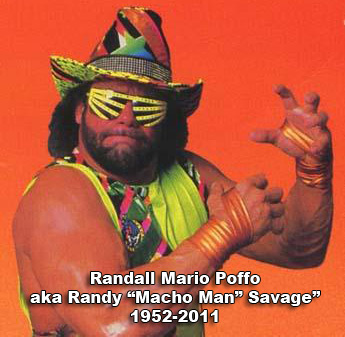 It’s been reported that professional wrestler Randy “Macho Man” Savage has died at age 58. We here at Gunaxin were huge fans of him, particularly during his prime in the 1980s in what was then called WWF. Savage’s personality was unmatched and fun to mock, and Heaven has suddenly become a far more entertaining place now that he’s up there running around and going “Ohhhhhh yeah!”

Rest in peace, Randall Mario Poffo. You’ll always be Macho Man to us.