A Tribute to McDonald’s Hamburglar 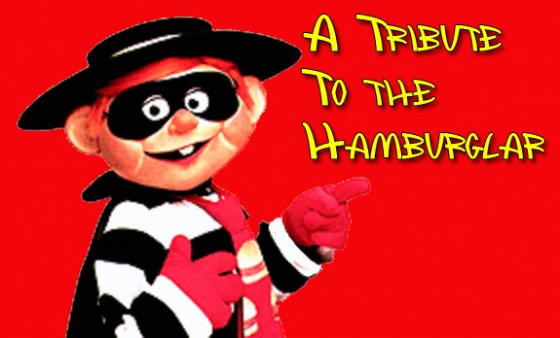 Gunaxin loves McDonald’s, and we’ve already asked What is Grimace?, and we’ve even covered the Hamburglar in the context of having a dangerous food addiction. But now we’ll give the Hamburglar his due by devoting an entire post to him. So here we go.

This guy is a creep. He’s a child’s version of a stereotypical thief with the mask, hat and cape, he steals hamburgers, and all he says is “Robble robble.”

The Hamburglar got his start in McDonald’s commercials.

But here’s what was happening behind the scenes.

(By Grounds for Expulsion)

Soon enough, the Hamburglar became a joke, and was even parodied by The Simpsons.

What’s become of the Hamburglar? After searching the Internet, the only credible source we could find, a blog called Atomic Icebox, reports that the Hamburglar has entered a rehab facility after attacking Mayor McCheese. For the best, I presume. 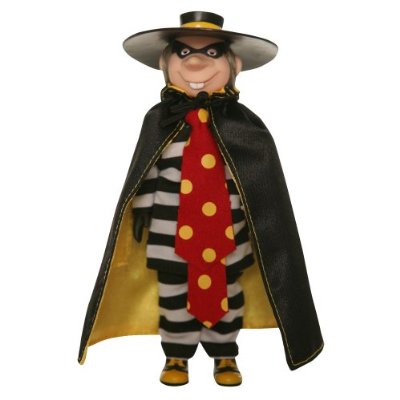 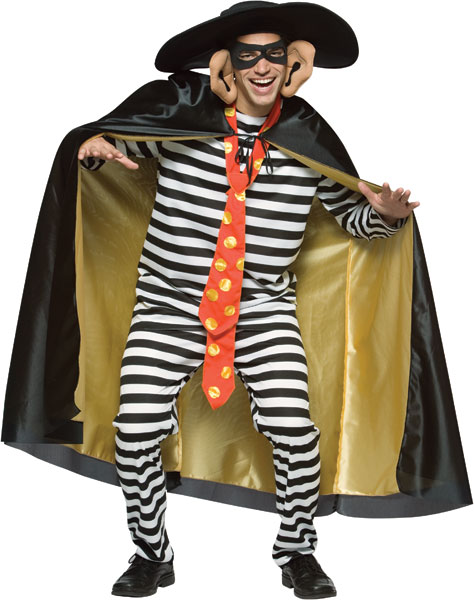 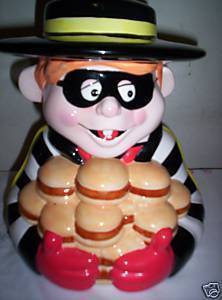 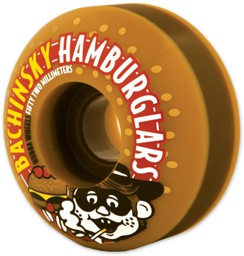