A Tribute To Patrick Swayze 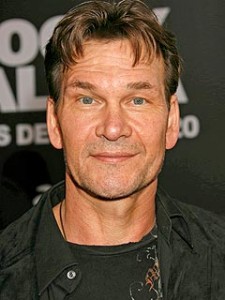 After a two year battle with pancreatic cancer, fifty-seven year old Patrick Swayze died today with his family at his side.  The man who became a star with “Dirty Dancing”, then broke hearts as a “Ghost” will be forever missed.

Staring in such favorites as “The Outsiders”, “Road House”, and “To Wong Foo, Thanks For Everything! Julie Newmar”, Swayze’s performances gave us all some pretty great times.