A Tribute to Waylon Smithers

Waylon Smithers, voiced by comedian Harry Shearer, is Mr. Burns’s personal assistant at the nuclear power plant on The Simpsons. He is a closet homosexual. However, his real crush is on his boss, the evil Mr. Burns. That’s more creepy than it is gay.
From Wikipedia:

Waylon Smithers is Burns’ devoted executive assistant. His father, Waylon Smithers Sr., worked for Burns until he died of radiation poisoning after saving Springfield from a potential nuclear meltdown when Waylon was a baby. In many ways, he represents the stereotypical closeted gay man. Although he has not declared himself to be gay, Smithers frequents Springfield’s gay village and goes on a vacation to a male-only resort. It was revealed in a flashback that he was involved with a woman, but the two split up when Mr. Burns came between them. Smithers is shown to have a passionate and deep love for Mr. Burns and his sexual orientation has been characterized by the writers of the show as “Burns-sexual”. Smithers has occasional fantasies about Burns: when we see his computer turning on, it shows a nude Burns with an audio montage saying: “Hello Smithers. You’re quite good at turning me on.” Smithers has openly declared his love for Burns on at least two occasions, such as in “Lisa the Skeptic”, when, believing the world is ending, Smithers says “Oh, what the hell!” and kisses Burns on the lips, later explaining it to him as “merely a sign of my respect.”

Most importantly, he owns the largest collection of Malibu Stacy dolls in Springfield. Here is how Smithers originally looked when he first appeared in Episode 3 of Season 1: 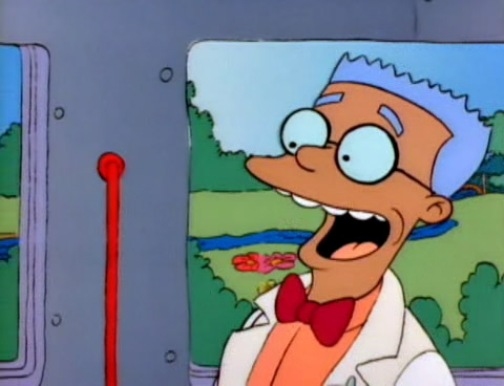 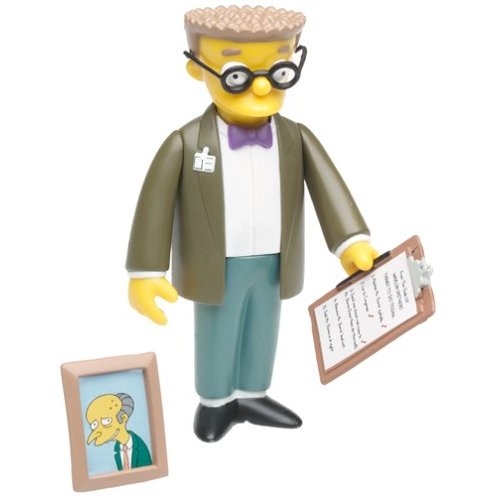 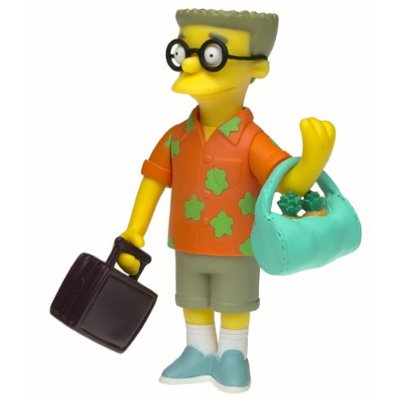