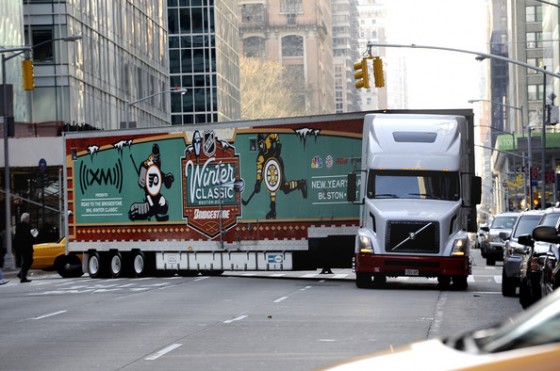 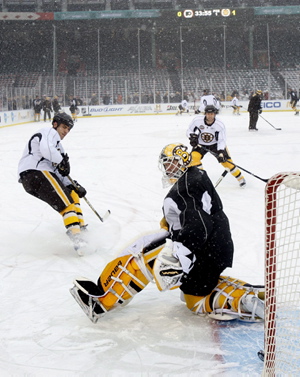 Today the NHL, and hockey fans worldwide, get to celebrate their game, with their annual outdoor game, The Winter Classic. Make no mistake about it, this game is a gimmick and a marketing ploy. But it works, so it will be around for a long time.

It works because it elevates the game, and does not try to be bigger than the game. The whole point is to showcase an NHL contest. The game also reaches back to the roots of hockey, frozen ponds. Nearly every player in the NHL played hockey outside on someone’s backyard rink, or frozen duck pond. This creates an atmosphere around the Winter Classic of something every player wants to be involved with. They won’t complain about the cold, or snow, or the lack of fans being close, they’ll play as if they were kids. Hear that NFL game in London? This gimmick has player support. And the fans can get behind it. The way to grow a fan base is with the kids. Well, it is easy for a child skating outside to picture himself as an NHL player, when the see them playing outside, just like they do! 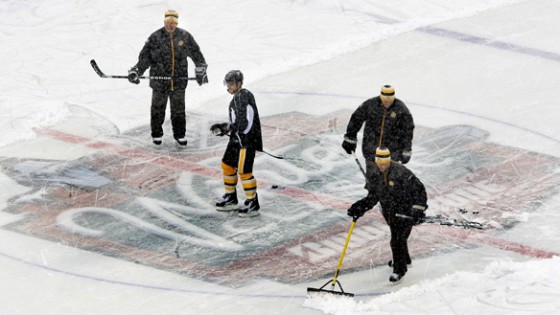 The idea also works because it’s unique, it is something the other sports cannot copy even if they wanted to. It is also a daring thing, to challenge college football on it’s Holy Day. Hockey does not care. The Winter Classic has become more relevant than Bowl Games on New Years Day, and quickly. Hockey was nearly dead after the lockout, so what do they have to lose but to create something memorable, something instantly classic? It also gives their fans something special, something to brag about, something to take pride in. 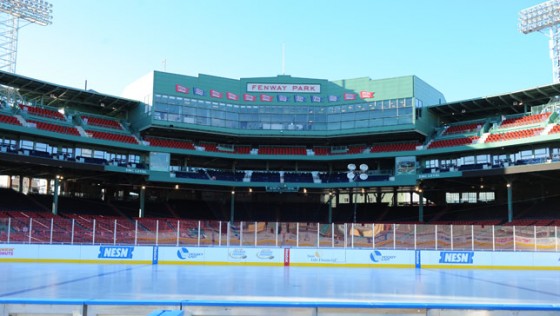 The venue this year could not have been better, Fenway Park. They play the game in consecutive years in the oldest ballparks around, a wise move. Because they chose a baseball stadium, it allows the city of Boston to fully partake of the festivities, due to having no scheduling conflicts. There will be a college hockey double header the next week featuring arch-rivals Boston College vs Boston University, and then a women’s hockey game between Northeastern and Harvard. There is a legends game on the 2nd, and there will be several sessions of public “free” skating, with some of the free tickets being scalped on eBay and Craigslist for as much as $450, each. Honestly, I’d pay that for the chance to skate at Fenway.

A few quick notes about the game itself:

So if you love hockey, want to boycott the BCS, or just want to see a unique event, then turn on the game. The Puck drops at 1 PM ET. Also be sure to check out Puck Daddy, for the Winter Classic Parade, a definite must see.