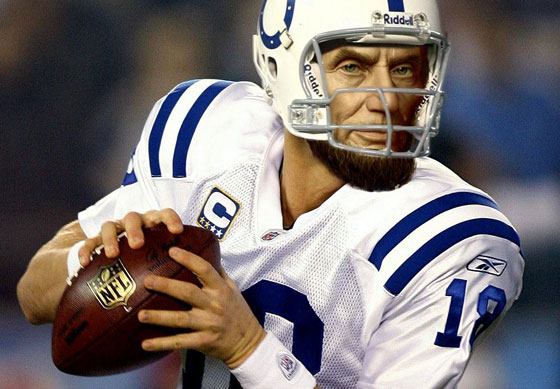 Have the Colts found their Manning replacement?

One of our greatest U.S. Presidents is getting into the trick-shot game, but with a twist. He makes his trick shots with a Football. Check out this video of Abe Lincoln : Trick Shot Quarterback.

It’s good to see that Abe can both pass and kick. Apparently he was crafted in the George Blanda mold. The video was produced by PlayFlagFootball.com, so if you happen to be in the Northern California area, check them out.