The religious often understand that one of the best ways to get new followers is to introduce them to the tenets of the faith when they’re children. Since gamers are children for life according to the stereotypes, what better way to net a bunch of new followers than with a religious game? Well, if your game is anything like any of these, it turns out just about anything is a better way to get new people to change their spiritual views. 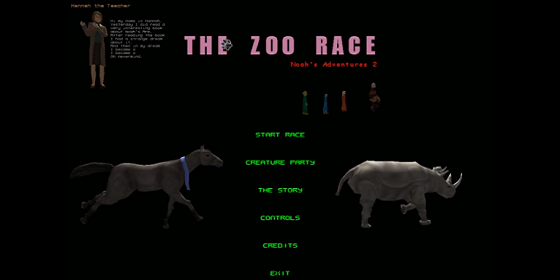 The Zoo Race is not the most ambitious of games, so its religious message could hardly be too goofily garbled. It’s merely a game where animals run through highly elaborate tracks to get to Noah’s Ark before the flood.

Where the comedy comes is in the game components. The animals run in a jittery, wonkily animated way that looks like something out of a silent movie, even the ones not racing. Animals fly through the air at random, jumping is a complete mess where your character often flies off-screen, the narrator has a weird bored tone reminiscent of the one from Altered Beast, and course layouts that make no sense even in context.

It’s sure to send your children the message that the story of Noah’s Ark contained so much insanity that the boat containing two of every animal in the world for forty days will be the least crazy thing they’ll have to think about when they contemplate that story. 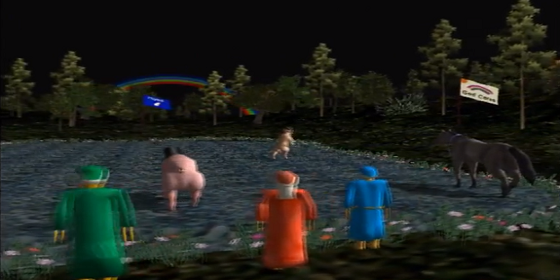 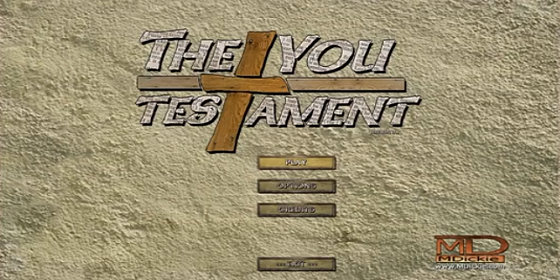 You become a disciple of Jesus Christ who follows him during his most significant days on Earth. You see him perform miracles and perform them yourself. You are shown the true nature of being by the Son of God and then can die with him on the cross. Mat “MDickie” Dickie’s game has direct references to specific verses from the bible and a surprisingly thorough portrayal of events from Jesus’s life, such as the moment where Jesus says that he has no mother while speaking of the Virgin Mary.

But the thing about MDickie is that his games prior to The You Testament tended to be wrestling-themed, including such titles as “Wrestling Revolution” and “Hard Time.” And apparently he recycled the character programming and dialogue from those games for The You Testament. This means that if you punch Jesus he’s very likely to say to you “Hey, what’s your problem?! You touch me again, I’ll kill you!” 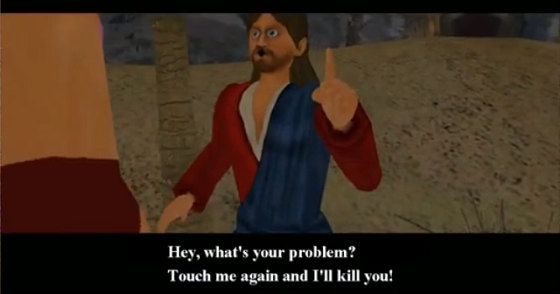 If you’re taken aback that a purportedly serious game about the teachings and death of Jesus Christ allows you to punch him, you won’t be a few minutes into playing this game. The non-pc AI is such that characters will randomly brawl each other and punch you with no provocation when they aren’t wandering or running around aimlessly. And good lord, those little running animations look like high-stepping football players just before they reach the end zone.

Consequently the only serious attempt to play the game for Youtube to show off its game-play was done by MDickie himself. Among the great Let’s Plays others did was this one by Supergreatfriend where he sent a man dressed like a weird Mexican wrestler back in time to hear Christ’s teachings, and it barely feels out-of-place. 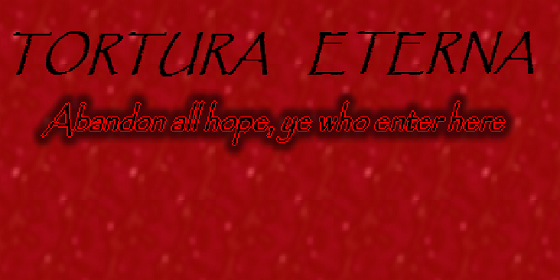 Dante Alighieri might be turning over in his grave over this weirdass tribute to his celebrated Inferno if he weren’t so busy starring in it. Dante is portrayed as looking like an elf dressed in red pajamas who travels through hell to fight Satan.

Where to begin with this game’s insanity? Well, how about the fact that instead of Hell being a collection of layered circles to represent different sins of different degrees, Hell is a solar system of some kind where you go from planet to planet fighting sinners. There’s no sign of Virgil being there as a guide or more likely to watch his back and tag team with him.

And what fights with sinners he has! Dante’s entire game mechanic is to run at the opposing computer character and just kick them in the shins until you die or get killed. You can punch, but that has no combat strength. 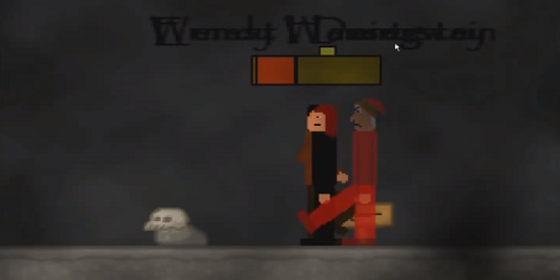 Where the craziness of this game really shines through is in the opponents you fight on your way to Satan. The game’s creator is apparently a fairly well-educated person, judging by the figures he populates this game with. He doesn’t put the usual people in hell like Adolf Hitler or Judas Iscariot.

For planet/circle of Hell “Gluttony” he has James Brady and Walter Hudson. Those are classic film stars I’m sure 99% of people under the age of forty couldn’t identify by name or face. For “Uselessness” he uses the Ernest Hemingway and Pulitzer Prize-winning playwright Wendy Wasserstein. What the hell kind of crazy person knows who these people were and decides that the most interesting thing to do with them is have them kick Dante Alighieri in the shins?

The kind that makes a religious video game, apparently.