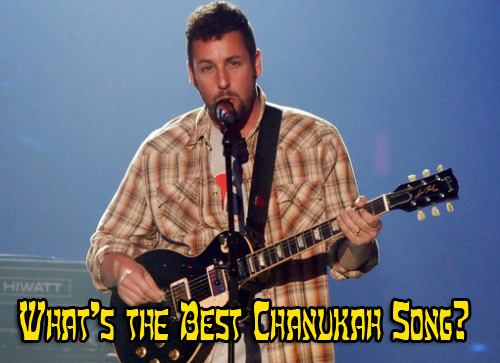 It only took about 2000 years after the miracle of the long-lasting oil for someone to pick up an instrument and sing a good song about Chanukah (aka Hanukkah). That man’s name is Adam Richard Sandler. He sang it for the first time on Saturday Night Live, twenty three years ago this Hanukkah.

Five years later, he wrote new lyrics and released Part II. Three years after that, for his cartoon film Eight Crazy Nights, he released Part III. And now finally this year, we get the 4th installment.

The most important part of these songs was outing people who are Jewish. If it weren’t for The Chanukah Song, how would we have ever known that Don Messick, the voice of Scooby Doo, is Jewish?

Read more about the history of Sandler’s song on its Wikipedia page, which teaches us that Sandler screwed up in Part I by claiming Rod Carew converted.

…and if you ever wanted to hear Neal Diamond sing it :