Sports > Soccer > The Most Adorable Soccer Riot Ever

The Most Adorable Soccer Riot Ever 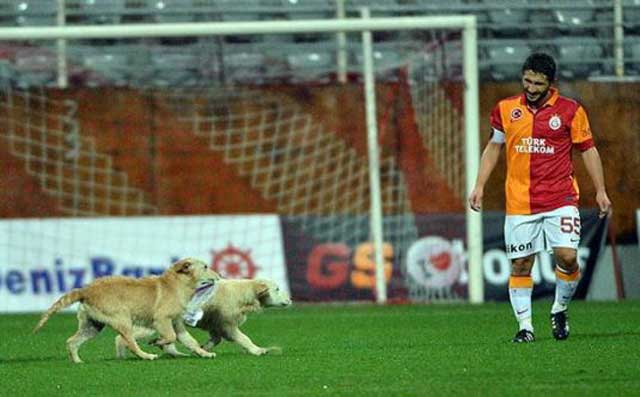 Normally when we see stories cross our desk involving the words “soccer” and “run on the field” we prepare for the worst. With violence against players and officials a common occurrence, we weren’t sure what we were going to see in the video. Thankfully, the friendly between Turkish side Antalya’da Galatasarayım and German club VfR Aalen was interrupted by the cutest possible field stormers.

During the scoreless second half a pair of what appear to be yellow labs ran on to the field, stopping play. The players don’t seem too upset about the break in the action, with one German player stopping to pet one of the dogs. Eventually game officials and stadium staff managed to get the playful pups off the field, but not before one left a little present behind.