There’s my plane : Southwest out of Maryland

I’ve been increasingly traveling by plane over the past two years, so I’ve experimented with various carriers and seats. I’ve finally come to the conclusion that I prefer Southwest by far, partially due to the ability to pick my seat as I board the plane. My seat choice depends on several factors, but one fairly important factor that may go unnoticed by novice flyers is the position of the sun on your trip. I’ve learned that if I sit on the non-sun side (varies depending on location and which direction the plane is heading) that I’m far more comfortable on a flight. The infographic below is the result of surveying travelers about their preferred seat, and although its fairly simple, I found it quite interesting :

A little tip for anyone flying Southwest. If the flight isn’t going to be full, the closer you sit to the back of the plane, the better chance you have of not having someone sit in the middle seat next to you. It’ll take you longer to get off the plane no doubt, but that multiple hour flight is way more comfortable with an empty middle seat.

This second Infographic is obviously based on European markets, but it does a decent job of describing how some airlines are able to provide cheaper fares : 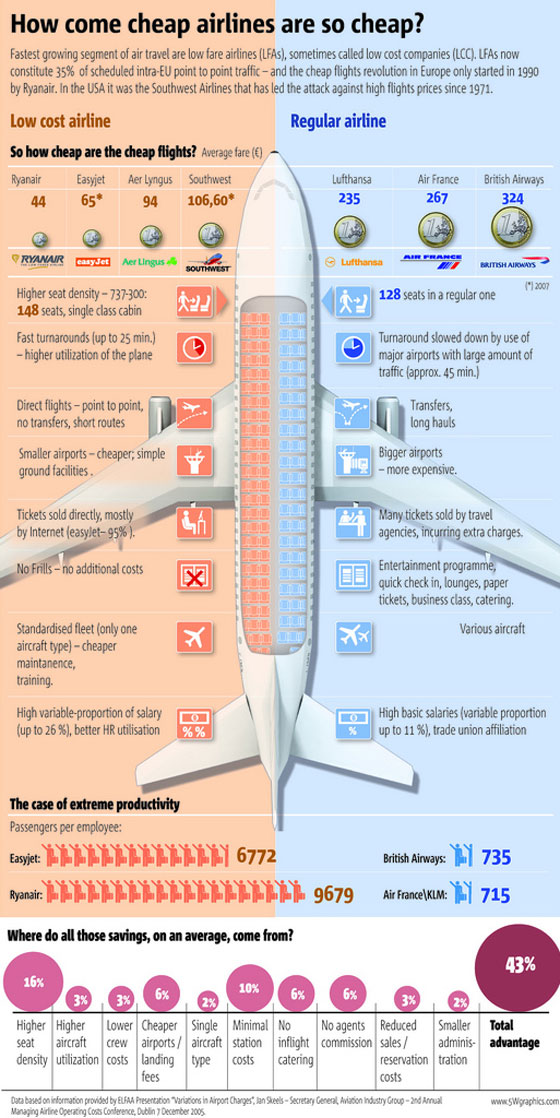 Lastly we’ll leave you with a neat look at the Genealogy of US Airlines : 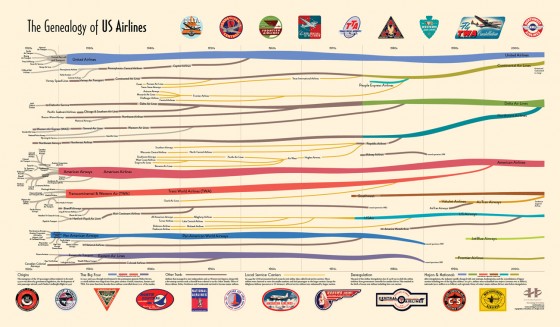