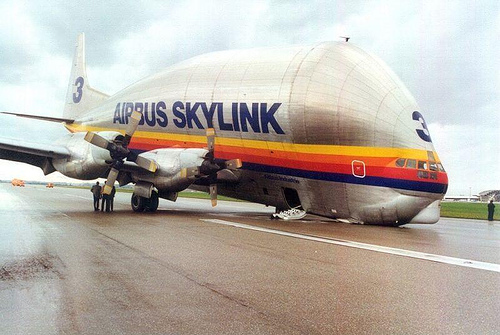 Crushed under their own weight. Just like Rosie O'Donnell

Dustin Curtis, being a nerd on the web, hates inefficient website design, especially the terrible design at American Airlines.  So he railed about it on his website, and, amazingly, instead of some PR rep saying “We’re taking it seriously” and blowing him off, he was contacted anonymously by a site designer working for American who politely explained why the site looks the way it does (half the airline gets a little piece to do whatever it wants) and what American was doing to fix it (jack $#!& and f**k-all).

American tracked down this good Samaritan, standing up for their image, somehow, and really showed us what they’re all about when they fired his ass for violating an NDA. Nothing says “customer respect” like firing the guy trying to contain bad publicity.  Oh, did we mention, the airlines are sniffing around for a bailout, eight years after the last one? We’re guessing they’re skipping the jet fuel and just shoveling in dollar bills, and maybe the occasional employee.