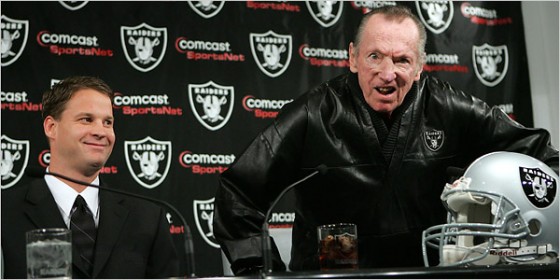 To anyone familiar with his career it seems fitting that Raiders Owner Al Davis would die on Yom Kippur. It’s the Day of Atonement, when Jews are supposed to ask forgiveness for wrongs they have done to others and offer forgiveness for those that wronged them. Forgiveness was never Al’s style, as he did what he wanted regardless of who it would offend. Lessons learned working his way from an assistant college coach to the head coach of the Raiders were reflected in the ruthless way he approached his job as Owner and General Manager. 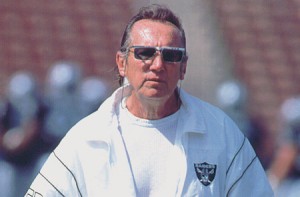 Over the course of his life Davis managed to offend fellow owners, commissioners, his own coaches, other teams’ coaches, the city of Oakland, the city of Los Angeles, current players, former players, his business partners and we have to assume most of the people he ever met. It was easy to forget over the last decade, as the Raiders faltered on the field and Davis’ health declined that he was once the most formidable man in the NFL and not merely a punchline. 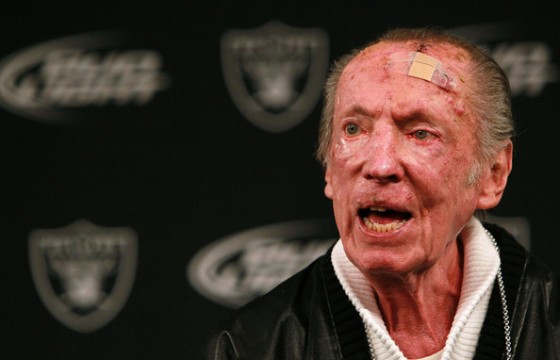 While there has been a rush to canonize Davis for all the good he did as an owner, including the hiring of the first hispanic and black head coaches in the league along with the first female general manager, we shouldn’t forget all the things he did that offended, outraged or just general insulted people. While praised by some of the great names in the league (he introduced nine different Hall of Fame inductions) Davis also is hated for many of his moves, not that he minded. 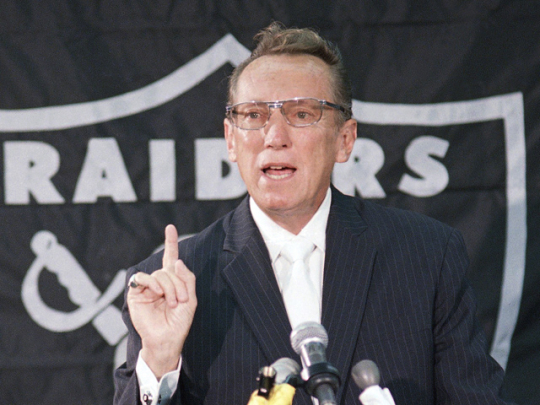 With that in mind, we present a list of some of the boldest and most controversial moves of Al Davis’ career, and their results.

Hired as AFL commissioner in 1966, Davis immediately broke an informal truce with the dominant NFL, signing a number of high profile players to expensive contracts.

In 1972, Davis maneuvered to turn his minority ownership stake into a controlling interest in the team, drafting a new agreement that made him the managing partner.

In 1980 Davis traded QB Ken Stabler (who had spent 12 years with Oakland) to Houston for daring to try to renegotiate his contract. 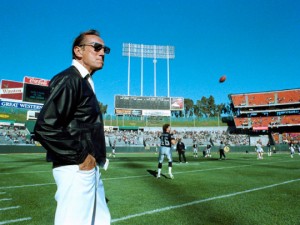 Also in 1980, Davis sued the NFL and commissioner Pete Rozelle for anti-trust violations for refusing to let him move the team from Oakland to L.A.

Unwilling to give Head Coach Jon Gruden the large contract extension he wanted after the 2001 season Davis traded his coach to Tampa Bay for four high draft picks and $8 Million in cash. 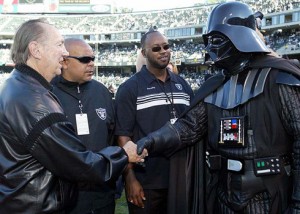 Following a 1999 season in which the Raiders lost a number of close games Davis shocked the NFL by drafting troubled placekicker, Sebastion Janikowski, with the 17th overall pick in the 2ooo draft.

Following the 2007 season Davis hired 31 year old Lane Kiffin as his new coach. Kiffin had been the Offensive Coordinator at USC for only two seasons prior to his hiring in Oakland.