Sports > Football > Al Davis: “Just Once… Let Me… Look on You With My Own Eyes”

Al Davis: “Just Once… Let Me… Look on You With My Own Eyes”

Um, just kidding! Al Davis never said that, Darth Vader did, but judging by this ghastly picture of the old man it’s safe to suggest that he might want to consider joining the Sith lord in death: 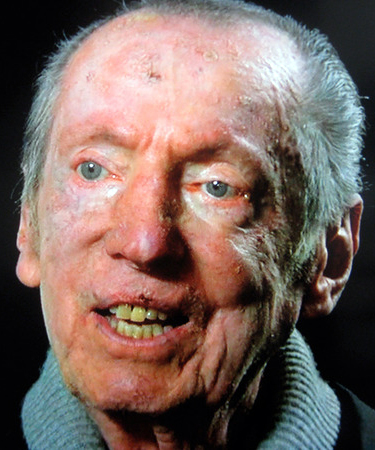 This lovely shot of the Oakland Raiders owner comes from the ESPN film Straight Outta L.A. (via Sports By Brooks). The egregious 80-year old Davis looks like he’s seen some wear and tear, or perhaps that blotchy skin and deteriorating upper lip are just signs of the stress that comes with running a sinking ship for oh, the last few of decades. 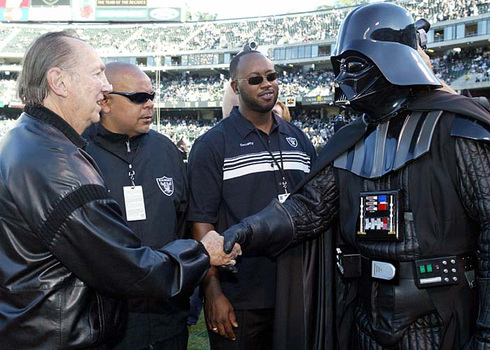 With Jamarcus Russell finally jettisoned, Al Davis is going to have to find new and increasingly clever ways to sabotage his own franchise. May we suggest scaring the shit out of his players simply by looking at them?