Media > Movies > How the Alamo Drafthouse Will Save the Movie Industry

How the Alamo Drafthouse Will Save the Movie Industry 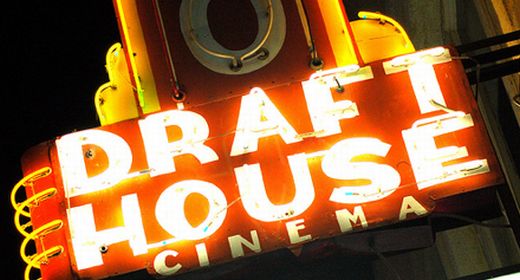 Over the past few years, the movie industry has suffered a downswing. I’m not talking about the seemingly endless assembly line of remakes and adaptations of board games into full-length feature films, although that’s a real problem for sure. I’m talking about the moviegoing experience in general.

Hordes of short attention spanned, overstimulated, social networking idiots crowd theaters every week thinking they just walked into an extension of their own living rooms with no regard for the masses around them. They ignore warnings about cell phones, talking, etc. This has put a damper on the theater experience and made movie enthusiasts long for the day when everyone would just sit down and shut the hell up.

But now a great crusader has emerged at the forefront of a revolution we can all get behind. A heavy-handed destruction of rudeness and impoliteness has been cast out to moviegoers and thus far, it has worked with great success.

I’m talking about the fine work The Alamo Drafthouse, located in Texas and Virginia, has been doing to make sure when you see a movie you will be treated to an experience like no other. 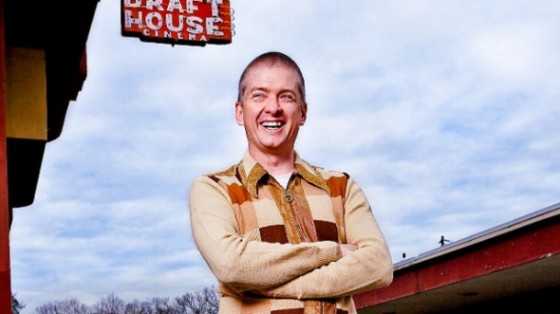 I spoke with Tim League, CEO of the Alamo Drafthouse, recently and about his “No Talking PSA” that went viral a few months back. If you haven’t seen it, here it is:

It’s a poignant piece that speaks to the civil humans out there. And Tim makes no joke about it, the Alamo Drafthouse WILL kick you out for being a jerk on your phone.

However, strict policies aren’t the only thing the Alamo Drafthouse is known for. Some of their signature events include “Sing Alongs,” which have you singing karaoke style to musicals and music videos; dressing up for the theme is always encouraged.

Or how about “Master Pancake Theater” — a live MST3K-like movie mockery of today’s biggest blockbusters.

Or special events such as reuniting the cast of Party Down for a marathon screening of both seasons followed by an exclusive Q&A with the stars and creators. Seriously. what god did I please? 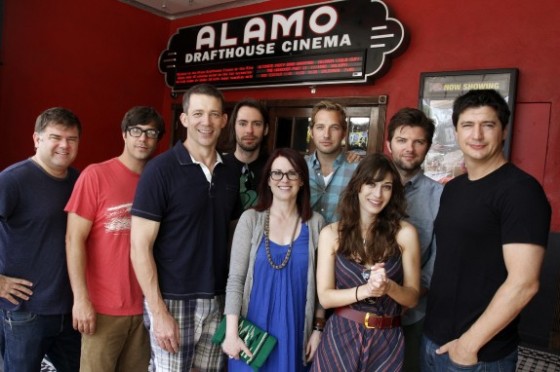 We miss you guys.

Did we mention beer?

Yes! You can drink at the movies! Order yourself up any number of draft or bottled beer, not to mention mixed drinks like “The Dude’s White Russian” or a “Tony Stark Whiskey Sour” to go along with a menu of gourmet meals. Burgers, sandwiches, wraps and desserts are all available as well. 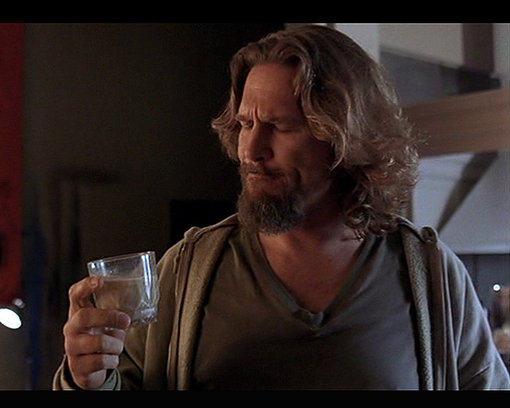 You make a mean Caucasian, Jackie.

In these tough times for moviegoers, The Alamo Drafthouse is a trailblazer for a new era. A business with the foresight to know what people want and how to give it to them in a fun, affordable, non-homogenized corporate approach is really refreshing in the giant strip mall we call the world we live in. Not to mention they have a team with their finger on the pulse of what is truly relevant and creative, not just popular to the masses.

So, if you’re in Austin (or the Winchester area of Virginia), make it a point to take in a flick at the Alamo Drafthouse. It’s the perfect way to enjoy going to the movies again.