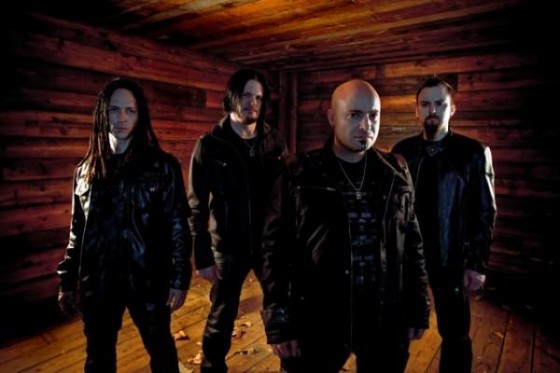 Another bloody great show from Disturbed on their fifth studio album, Asylum (buy from Amazon). Unlike other metal albums released this year, like Korn’s Remember Who You Are and Iron Maiden’s The Final Frontier — which take a few spins to digest and enjoy — Asylum has music you instantly recognize and devour. Disturbed knows their sound and doesn’t tread too far from anything other than razor-sharp chords and David Draiman’s punch-you-in-your-face lyrics. But the album doesn’t start out like you’d expect. “Remnants” is an instrumental, not at all Disturbed-like, but it acts as a great preamble to the title song, “Asylum.” As Draiman barks “Release me!” we know Disturbed is back and ready to fight (or rock, whatever).

One of the best songs here is “Never Again,” where Draiman embraces his Jewish roots. It’s about the Holocaust, with lyrics that might as well be spitting into the face of Iran and other enemies of Israel:

Now only if we can get the Israeli army to listen to this music instead of Kei$ha.

Another treat is “Innocence,” a typical Disturbed hit which will have you banging your head in seconds. The hidden track comes as a pleasant surprise: A cover of U2’s “I Still Haven’t Found What I’m Looking For.” It isn’t for everyone, but considering the show they just put on, Disturbed deserves to cover another classic, as they create new ones themselves. Disturbed is five-for-five in their decade of storming the stages. Here’s hoping for many more.