Media > Music > Album Review: Korn’s Remember Who You Are

Album Review: Korn’s Remember Who You Are 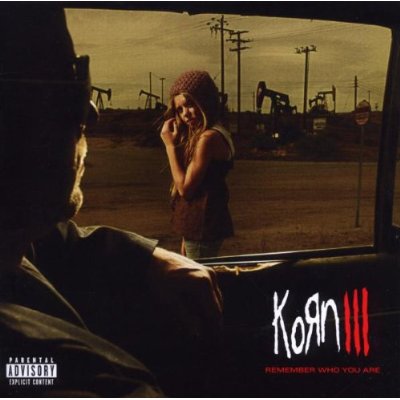 Jonathan Davis used to have a knack for churning out a few popular, radio-friendly songs per album, while filling the rest of the record with raw, weird, demented and torturous sounds that only sound right playing over the speakers of a 19th century British insane asylum (with the occasional rap collaboration). With Korn III: Remember Who You Are (available at Amazon on Special Edition CD/DVD or CD), too much of the album contains those other songs that would normally provide padding for classics such as Freak on a Leash and Got the Life. But the best songs on this album fall well short of being the classics that we were hoping for.

The album starts off with the soft instrumental Uber-Time, which is typical of a Korn album but it ain’t a song, meaning we waited three years since Untitled for only ten new tracks. Oildale (Leave Me Alone) does get the album off to a good start, but songs like Fear Is A Place To Live and Lead the Parade you may have to listen to a few times to decide whether or not you like it. In several of these tracks, Korn often starts with a great riff – with perhaps even a decent chorus – but changes courses too often, leaving us in a whirlwind of heavy drumbeats and guitar-shredding strums as Davis makes monkey and lion noises. That’s the route Korn and producer Ross Robinson took this album, which is not for everyone.

The closest song Korn has to a hit on this album is Are You Ready to Live? which was released to the public a couple months before the album came out. And while Are You Ready to Live? isn’t a bad song (unless you find Jon’s crying to be humorous), it would at best be a late addition to a fan’s favorite Korn songs compilation.

For Korn fans who dislike the songs that get radio airplay, you may actually have a lot to like on this album. Jonathan’s voice is as flexible as ever, with his uncanny ability to roar and sing a lullaby in the same verse. This album reminds me of Life Is Peachy, without Twist, Chi, Good God and A.D.I.D.A.S.

For other Korn fans, the album still belongs in the collection, as they have hardly embarrassed themselves with Remember Who You Are. But word of warning: They’re not focused on replicating Thoughtless or Here to Stay. Instead, listen to the album a few times, then add it to the Korn library, and enjoy it only when one of the songs comes up on shuffle mode.