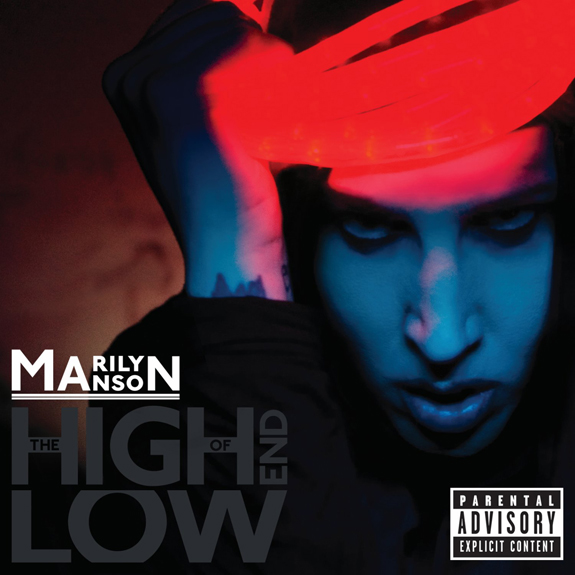 Unlike just about every other album he has put out, Marilyn Manson doesn’t attempt to reinvent himself with The High End of Low, and it results in 15 tracks that build on past strengths without being just a rehash of his 90s glory. While the previous effort, 2007’s Eat Me, Drink Me, played as a diary entry into his soul – which at times I felt I wasn’t meant to hear – Low is meant to entertain, and that it does.

The hook song is Arma-Godd**n-Motherf**kin-Geddon, the Beautiful People of this album, and has the catchy riffs and singalongability as any of his greatest hits. And for that I say, welcome back, Twiggy. Some of the other songs may require a couple of listens, particularly the 9 minute I Want To Kill You Like They Do In The Movies, which is Manson’s When the Levee Breaks (not a remake, just to be clear). Unlike albums such as Mechanical Animals, which has several songs that would instantly hook a fan, Low might not do that (with the exception of the Armageddon song), but if you’re like me, it’ll grow on you pretty quickly. For a treat, purchase the deluxe edition of this album, which includes six bonus tracks.

Also, if you haven’t seen it yet, check out my interview with Nic Reddy, aka Mini Marilyn Manson.