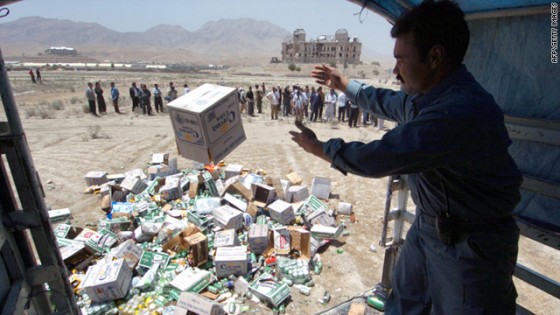 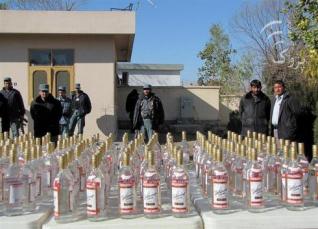 Via CNN.com comes the sad story of Alcohol Abuse in Kabul :

Thousands of bottles of alcohol were destroyed in Kabul this week, in what authorities described as the product of a crackdown on illegal smuggling and sales.

The bottles were confiscated over a two-year period in and around the Afghan capital, according to Kabul police and criminal investigations chief Mohammad Zahir.

Alcohol is mostly banned in Afghanistan (its a Muslim thing), so its sales and consumption is a criminal offense. Apparently Allah also forbids them from selling the booze to help offset the costs of rebuilding their country. At the very least they could have given the alcohol to the American troops stationed there. If we didn’t already have plenty of reason to withdraw our forces, I think this confirms it.