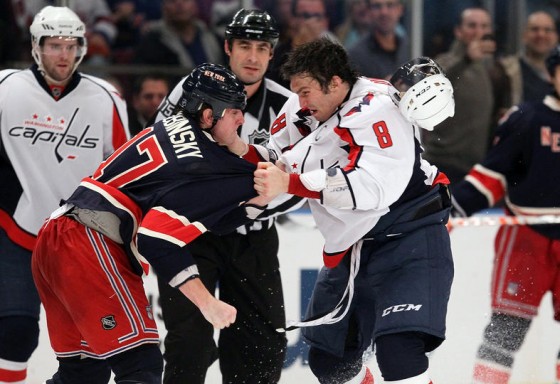 Alex Ovechkin just got into a fight versus the Rangers’ Brandon Dubinsky. The fight followed the Capitals going down 4-0, and on the way to losing their 6th game in a row. Ovechkin finished a great check against Rangers’ defenseman Daniel Girardi, and Brandon Dubinsky took exception. Ovie wasted no time dropping the gloves, and with no Matt Bradley around to stop him, Ovechkin was involved in his second official fight:

Here is the call from the Washington perspective :

This fight continues the trend of stars fighting in the league this year, but it was not the first time Ovechkin has dropped the gloves in his career. It is though the first time he has done it as Captain. His previous came in 2006, but wasn’t exactly an isolated 1 on 1 type of fight :

Ovechkin also once got into it with Mike Richards during the pre-season (also 2006) : 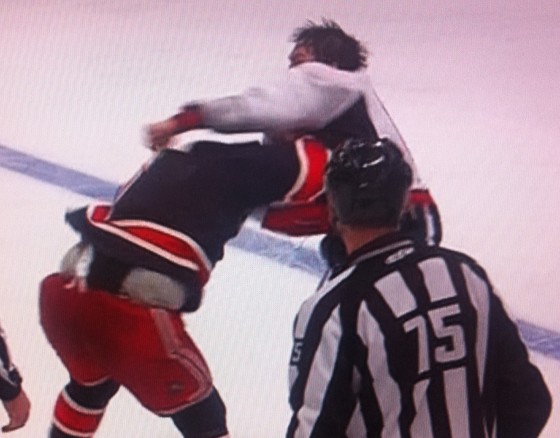 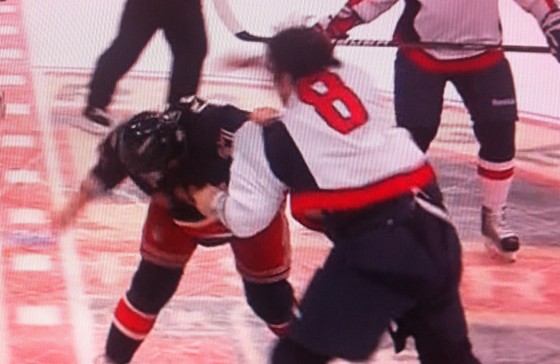