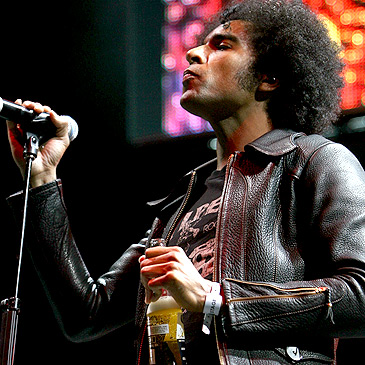 One of the best 90s Grunge bands is back, Alice in Chains, with William Duvall on vocals to replace Layne Staley, whose 2002 drug overdose left him in the shadows of other great rockers who went the same way.

Duvall’s voice is a bit similar to Staley, but the most noticeable thing about him is that he is black, as diversity in the ranks of rock and roll bands is becoming more common. Journey scored Filipino singer Arnel Pineda, who sounds very similar to Steve Perry. Growing up in the 80s and 90s, music was too often separated down racial lines, and it’s great to see these bands diversify based on what makes sense, and not Affirmative Action, loosening test standards, or race-based initiatives to recruit people from diverse backgrounds. The racial and ethnic diversification in music is perhaps the purest form of it, something leftist politicians and modern day civil rights activists should acknowledge. So, I’m hoping to see Al Sharpton and Jesse Jackson at the next Chains show.

Alice in Chains put out several great albums in the 90s, and now there’s a new one, Black Gives Way to Blue, which hits stores Sept. 29. Buy it here from Amazon.

If you haven’t seen him yet, here is Duvall, singing the classic Man in the Box.