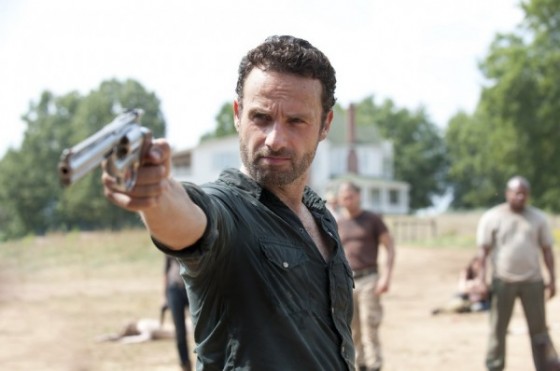 Screw all those shitty college Bowl games, the best way to ring in 2012 is with a zombie apocalypse. Beginning on December 31st at 11am, AMC will air all 13 episodes of its acclaimed series The Walking Dead consecutively. Trust me, if you’re new to the show and would like to dive in, this is the way to do it. Let’s just say it moves at a glacier-like pace and be done with it. I dig Dead a bunch but damn, how long are they gonna drag out the farm crap? Move on, playas.

The second-half of season two will premiere on February 12. Here’s a non-spoilery scene from the mid-season finale where Glenn (Asian dude) impresses Maggie (cute farm girl) with his knowledge of video games.