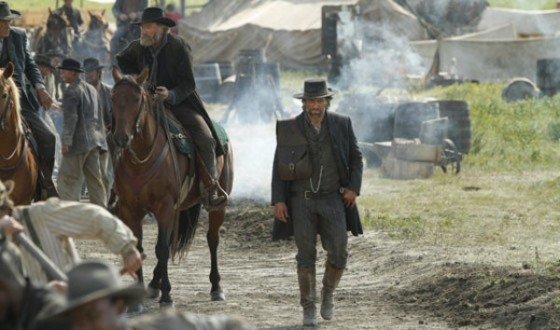 AMC’s transformation from a fledgling classic movie TV channel to a legitimate and respected home for quality original programming has been nothing short of miraculous. Okay, not miraculous, but pretty gosh darn impressive nonetheless. Already responsible for the highly acclaimed quintuplet of Mad Men, Breaking Bad, The Walking Dead and The Killing, the network’s latest venture treads territory not often explored on the small screen. The Western.

Starring Anson Mount, Colm Meaney and Common, Hell on Wheels tells the tale of an ex-confederate soldier who ends up taking part in the construction of the Transcontinental Railroad during the 1860s. Combining elements of Deadwood, The Outlaw Josey Wales and the brilliant Sergio Leone film Once Upon a Time in the West, the series boasts a lot of promise, if the following preview trailer is and indication.