Media > Television > AMC Has Another Hit With The Killing

AMC Has Another Hit With The Killing 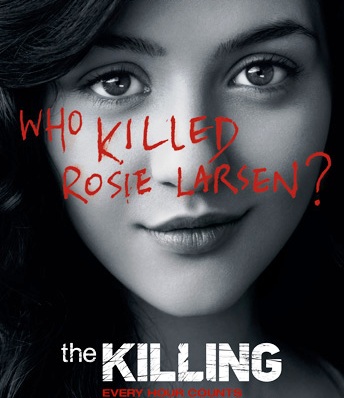 I told myself I wasn’t going to watch it. Sure, The Killing looked to be right up my alley as far as serialized murder mysteries go. But I was going to resist the urge to watch. Not because it didn’t look good or because I already watch too much damn television. No, I came to terms with that years ago. But the reason is because AMC is a master at making us suffer. Let me explain.

Probably my favorite show on TV (besides Dexter) is AMC’s critically acclaimed series Breaking Bad. I also love me some The Walking Dead. So I knew I would likely be a fan of The Killing. But the reason I didn’t want to watch is because AMC is like smack dealers. They give us a quick sample and then they go away just as you start begging for more. Because they aren’t on a set schedule like the major networks, they’ll give you a season of a show and then not start the next season for over a year and a half. Hell, The Walking Dead was only six episodes for crying out loud.

So, I decided not to watch… until the day of the actual premiere. I was lying around the house having a lazy day and I kept seeing the commercial for it and finally said “why the hell not?” And, damn, if I’m not ecstatic I made that decision. Because this show started off with some great promise.

Unlike most crime dramas out there, there isn’t a bunch of fancy forensic analysis or gun fights. Instead, we have a character driven show that progresses its plot through the first two hours with virtually zero lull time. Something I figured might happen when I heard that the format is kind of 24-lite. Each episode is one day in the investigation. That means the plot will run quickly and more facts about the mystery and the characters will come to light much quicker than the average TV drama. Which is good, because these characters are extremely intriguing.

The two leads are detectives Stephen Holder and Sarah Linden. The latter is on her last day on duty and the former is her replacement. But they get called out on a missing person case and, long story short, Linden is too caught up in the case to leave after the missing girl turns up murdered.

Holder isn’t your normal run-of-the-mill goody two-shoes kind of cop either. The guy is certainly cut from a different cloth and there seems to be nothing he won’t do to get a lead (like sharing pot with minors to get information). But the parents of the murdered girl, Rosie Larsen, just might have stolen the show in the pilot. The moment they realize their daughter is dead and no longer just missing was absolutely endearing and heartbreaking. The kind of performances that make me terrified to have a child someday in fear of something like this. You actually feel their pain, which is tough to do in the first hour of a television series.

Some people that haven’t watched are asking me what it is most comparable to and I really don’t have an answer. I’ve never been a real big cop drama guy outside of The Shield and The Wire, and this show is nothing like those two. But if the first two episodes are any indication, this show will be less about action and more about the human psyche. You’re going to have to think while you watch and it will have you coming up with your own theories and guesses. You’ll also be yearning for more at the end of every episode. Just the kind of thing a well-done serialized drama does.

The storytelling is remarkably layered and the characters are mysterious. This one is going to be a keeper. It was a hit among viewers as well as the critics, as it pulled in the second-highest rating (behind The Walking Dead) in the network’s history.

Check this one out (it’s streaming for free on their website) and add it to your DVR season pass list. I already have. It airs Sunday nights at 10pm.

Curse you, AMC. Curse you.