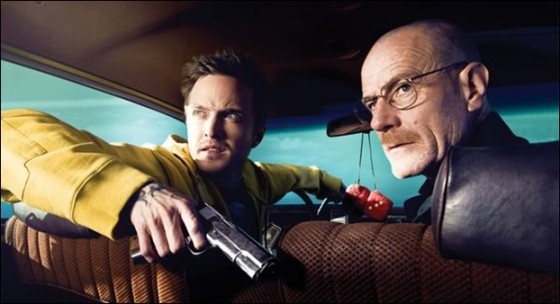 Breaking Bad will end its run on the channel where it premiered. After a lengthy and often volatile negotiation period, AMC has decided to keep one of its biggest hits in house for one final 16-episode season. This comes as good news for creator Vince Gilligan and AMC, as both will profit from the network’s most consistently watched show.

AMC has built a reputation as a home for quality, edgy original series since debuting Mad Men in 2007. However, that reputation has become tarnished in recent months after network execs started engaging in contentious battles with all of their hot properties over production budgets and renewal contracts. Late last month, they went so far as to fire Walking Dead showrunner Frank Darabont, which shocked the cast and crew currently filming season 2.

At any rate, it’s nice to see this nonsense come to a conclusion. Breaking Bad has never been better and I for one like that it will end after five seasons. I hate when shows drag out too long. With Walt still fighting terminal cancer while morphing into a meth kingpin, there should more than enough drama for Gilligan to unfold.