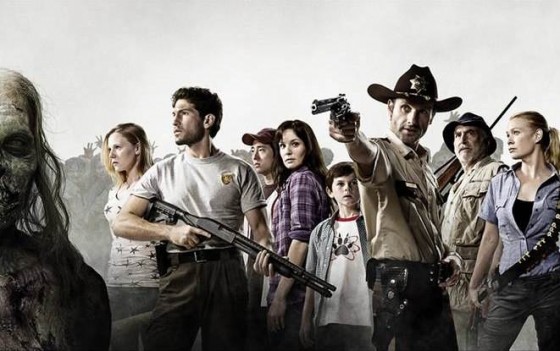 Zombies and vampires seem to be taking over the world these days, from books to film to TV. This Halloween, burgeoning cable channel AMC brings us The Walking Dead, a new series about a group of people attempting to survive in the midst of a zombie apocalypse, based on the Eisner-award winning comic book series written by Robert Kirkman.

I was lucky enough to attend a roundtable interview session with some of the show’s producers, director and actors at this year’s NY Comic Con and gained a lot of insight into what direction the series will go in relation to the comic book, what the show is really about and the excitement around the project from all parties involved. It sounds amazing — I know I’ll definitely be watching the 90-minute premiere on October 31st. 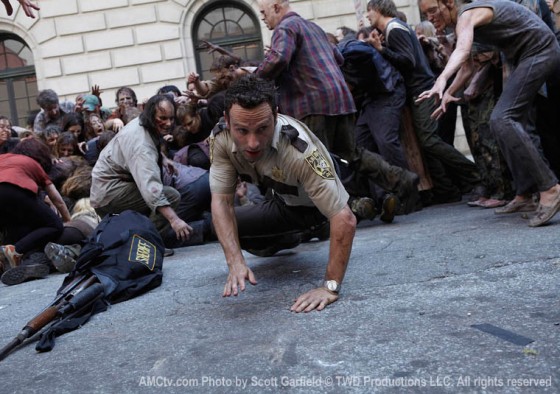 At first, I thought I was going to have just audio of these interviews due to the seat I ended up in, which happened to be right next to where the guests were sitting, but some of the folks also sitting at my table did a great job of getting straight-on video, a lot of which includes my ugly mug (in the Jogging Dead t-shirt), so it’s probably way better to just link up to these videos here instead of offering up mediocre audio.  You’ll hear me ask the first question to director Frank Darabont in this video from The Wuarter Bin, which was, “How was adapting a comic book different from adapting novels (like The Shawshank Redemption and The Green Mile) on The Walking Dead?”

In this excellent video from the Near Mint Comic Show, you get a seat right across from me for nearly every minute of all four interview sessions with the cast and crew.  Also of note are copies of my own zombie comic book on the table in front of the cast called Sucks To Be Dead that they asked for after admiring my silly t-shirt.  Gotta promote wherever you can, right?

The Walking Dead television series  is a monumental step in the legitimacy of comic books and especially the horror genre in today’s mainstream pop culture.  Hopefully it will open the door for more amazing stories known only to hardcore comic book fans.