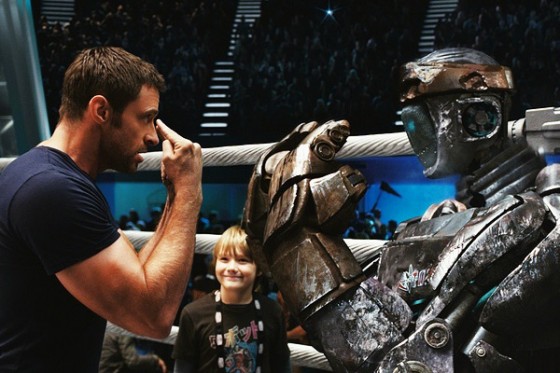 It was supposed to be a toe-to-toe battle at the box office this weekend between a pair of rising young combatants, but Real Steel delivered an early knockout, had its arm raised in victory and walked away with the championship belt. Was that enough boxing clichés for ya? If not, here’s one more: The Ides of March threw in the towel on Friday after being hit with a right cross. Ugh.

I didn’t see Reel Steel because it looked, uh, what’s the word I’m searching for? Oh yeah, stupid. I prefer my robots goofy and lighthearted like Johnny 5 from Short Circuit. If I want to watch a couple of metalheads beat the shit out of each other, I’ll get standing-room tickets to a Judas Priest concert. Nevertheless, Real Steel punched (there I go again) $27.5 million worth of tickets, so methinks people kinda dig animatronic pugilism.

That’s great, but can these futuristic fighters do this?