Amy Winehouse and the 27 Club 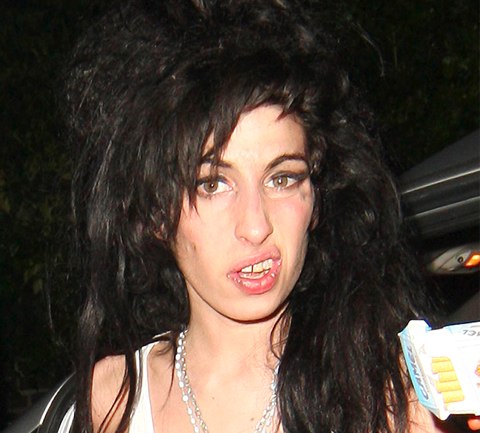 Not too long after the news of singer Amy Winehouse’s death hit the Net, bloggers got busy noting her age – 27 – and other musicians who died at the same point in their lives.

It’s easy to pass off death-at-27 as a coincidence, but the fascination with it was enough for the book, The 27s: The Greatest Myth of Rock & Roll to hit shelves a few years ago. Of course, if it wasn’t for the demise of a certain trio in 1970-71, this “27 Club” would have never come into existence.

Jimi Hendrix and Janis Joplin, who died in Sept. and Oct. of 1970, respectfully, and Jim Morrison, who passed away in the summer of 1971, solidified this as a trend among musicians. Never mind that at least eight – including Rolling Stones guitarist Brian Jones – died before those three, but none of them had the same degree of popularity as the Jimi-Jim-Janis (assuming I’m not underestimating the cultural impact of ragtime musician Louis Chauvin, who died in 1908). Some years later, we lost Nirvana’s Kurt Cobain in a drug-fueled suicide (assuming you don’t believe the Courtney-killed-Kurt conspiracy theories) at the age of 27, something that implanted a never-forget-where-I-was moment into Generation X’s collective memory and made him the fourth noggin’ on the Mount Rushmore of the 27 Club.

The other 30 or so musicians who passed at 27 – including three rappers who were shot in the 90s – don’t rise to the level of Morrison, Hendrix, Joplin, Cobain, or Winehouse.

Wait… Does Winehouse belong in this group? Not the 27 Club, but the Jim-Jim-Janis-Kurt group. Fans worshiped those other four. Winehouse, may she rest in peace, is memorable to me because she made me dry-heave the first time I saw her photo (sure, Joplin did too, but Joplin gets a pass for her vocals on “Piece of My Heart”). Winehouse was more famous for her tabloid exploits than her music, and her song “Rehab” was probably the only one non-fans may have heard (wasn’t overly impressed).

But…. BUT… let’s talk legacy. Death at 27 is always tragic, no matter what. One thing fans do with musicians is judge their careers, noting the glory days and their artistic downfall. Perhaps Cobain’s best music was behind him, and it was all lame stuff from there on, for example. I’d venture to say that Winehouse died in her prime, and, had she lived, even the tabloids would eventually tire of her.

Well, I’d say most of us would rather fade away than burn out, but what puts a stamp on cultural impact and legacy more than dying tragically in your prime? While Winehouse’s catalog won’t rise to the level of the Big Four, her death will likely give her a new level of respect and gain her fans that she wouldn’t have had otherwise. Sure, life outweighs THAT (at least I think it does), but the newfound enlightenment should be duly noted. Maybe if I died, I’d finally win Gunaxin’s Post of the Day.

Rest in peace, Amy. You grossed me out in life, but may I learn to appreciate your talent and extraordinary vocals from here on out.