An Analysis of Tracy Morgan 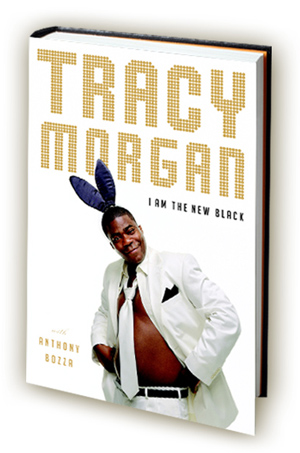 Of all the comics on television, especially Saturday Night Live alumni, Tracy Morgan seems to be the most ordinary. By that I mean he’s not some sort of larger than life comic genius, but a regular guy you’d crack jokes with at a bar (before he gets another DUI). In fact, I have a hard time believing he’s even making more money at NBC’s 30 Rock than I am at Gunaxin.

When comparing him to other black comics who made their fame in a similar fashion (come on now, black comics are always compared to each other), he doesn’t have the stand-up brilliance of Chris Rock, he doesn’t have the acting talent as Eddie Murphy, and he doesn’t play all of his characters in drag like Keenan Thompson. He wants to come across like the one and only comic-from-the-hood, but to me he’s just a clueless goofball with a tough look and delivery. It works.

Back in March, he came back to host Saturday Night Live, with nothing to promote. However, he was newsworthy that week: He had a minor apartment fire in his fish tank.

Now, Morgan has a book out called I Am the New Black. If there’s any justice, he would have penned it himself, without spellchecker or an editor. I’d read that in a heartbeat.