An Honest Review of Transformers 2 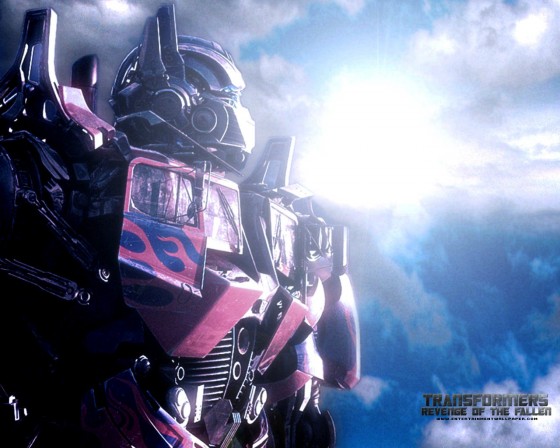 An age-old, thinly-veiled love story involving two restless hearts separated by distance as they struggle to hold on to their undying, yet unspoken, love for one another splashed against the backdrop of big-ass robots pounding the shit out of each other. Yep, folks, it’s just about as good of a love story featuring gargantuan explosions as you’re likely to get from Michael Bay. It’s funny, I had an opportunity to see this movie Wednesday morning at midnight, but since it’s running time is a far outstretched two-and-a-half hours, I passed. And then the more I read up on it (perhaps my first mistake) I rapidly lost interest thanks in part to the reviews from people who really ought to be laying off the sedatives before attending a movie. So, as it was, I gave in to even my wife ushering me into the theater as she did see it at midnight with her work buddies. And ya know what? Despite it’s myriad and reprehensible flaws, it was still a fun, popcorn-munching flick that at the very least lived up to what it ultimately set out to do: harass your senses with loud, pulsating hunks of metal blowing apart scenery and robot alike with reckless abandon. 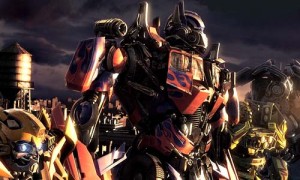 Picking up two years after the first installment, the heroic Autobots are still on earth and their new lot in life is to work undercover with the boys from the military (Josh Duhamel and Tyrese Gibson) scouring the planet for hidden Decepticons and render them lifeless piles of twisted metal. Oh, and lest you think no new Autobots have been called upon for active duty, the team also consists of several female bots disguised as motorcycles (Arcee and friends), Sideswipe, and a pair of brothers who transform into a scrapped-out Ice Cream Truck named Mudflap and Skids -the latter being voiced by Spongebob’s Tom Kenny. This is where one of the series of stupid little issues arises: the twins, Muflap and Skids, eventually taking the forms of Chevy Trax and a Beat, are pretty damn annoying. No, they’re not quite Jar Jar Binks annoying as I have read so many other times, but they do get borderline grating with their street-wise jaw flapping and constant swearing (yeah, not really a kid friendly bunch). They really are like inner-city kids and, fortunately later in the film, Bumblebee treats them as such. Anyway, several new bad guys are forced out of hiding including that single-wheel thing from the ad’s called Demolishor and his buddy, Sideways. Once these two are rounded up and blasted apart, a warning regarding ‘The Fallen’ is heeded by Optimus and the real fun begins.

Sam is heading off to college. But not before discovering a shard of the All-Spark in his shirt that brings his kitchen to life. His parents have gone completely insane, which is kind of nice as his mom immediately becomes one of the funniest characters in the movie, especially after she eats a pot brownie on the campus. Sam has to leave Mikaela home since she insists on watching after her father in the garage at which they both work. Sam promises fidelity and offers his lady a web-cam so they can chat every night. Mikaela, once again not much on the acting front as a whole, but definitely wearing significantly less, is saddened, but resolute. So Sam is off. He does, however, tell Bumblebee (whom he consistently and teeth-clenchingly annoyingly calls “B” the whole damn time) to scoot along and find his Autobot friends to hang out with since his tenure of protection is over. And so the throw-away scenes of college begin. Well, mostly. The second most irritating thing happens here. Once the shit starts to hit the fan on campus in the form of a Species/Terminator-burglary lady Decepticon who ultimately gets Mikaela to question Sam’s loyalty, Sam’s roommate (Leo) joins the duo as they race away from the scene and he becomes part of the story line. The kid, Ramon Rodriguez, is like the Short Round to Sam’s Indy though a million times more whiny and buffoonish. He is so unnecessary that it’s almost criminal. If he has one redeeming moment, and I’m not insinuating that he does, it’s when he reintroduces Sam to Seymour (John Turturro) who has since been relieved of his Sector 7 duties yet still maintains a cache of the files in his underground storage bunker beneath the deli where he works. Once he’s brought up to speed on the flashes of weird Cybertronian images bolting through Sam’s skull, he, too, comes along for the ride. Now the whole gang is together. Whee… who cares.

Finally, after (problem number 3) far too much human interaction, we get to the core of this epic sensory overload: who is the Fallen, anyway? It seems Mikaela has been busy wrangling and rehabilitating a Decepticon spy in the form of a blue r.c. monster truck named Wheelie. Yup, another bit borrowed from the original animated and far superior movie. Wheelie here is far less aggravating and actually leads the team to the Air and Space Museum near D.C. to revive one of the original robotic inhabitants of Earth: Jetfire, an SR-71 Blackbird. With shard in hand, Sam brings him to life and he retells the whole convoluted mess of what’s going on: Basically, Primes from Cybertron went to Earth millions of years ago to mine for Energon, each with the understanding that, if a planet has life, they must search on. As it turns out the only way to get to the Energon is by destroying the sun with the Matrix (oh, yes, another poorly used bit from the toon movie). Well, the Primes decide to leave Earth in peace but one changes his mind and threatens the planet, thereby becoming the Fallen. The remaining Primes hide the Matrix and bury themselves in the Earth. This must be found before the Decepticons get to it. 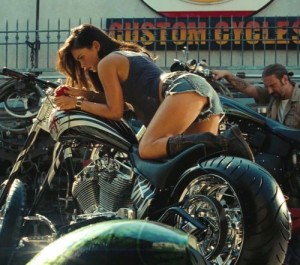 And so begins a race against time (and by time I mean far too much wasted time doing unnecessary things) to save the Earth, the Autbots, and to find the Matrix. Oh, and fear not, there is a hell of a lot more going on in the background that I haven’t even touched on. It’s a saturated film to say the least, and there is an awful lot about it to hate wholeheartedly. But, ultimately, if your heart was set on seeing nearly twice as many Transformers clobbering the life out of one another with fists and explosives and a whole ton of slo-mo Megan Fox jiggling cleavage, you’ve certainly come to the right movie. If you go in hoping for anything else at all, turn around and go see My Sisters Keeper… that might be more your speed.