An Open Letter to Jeff Probst 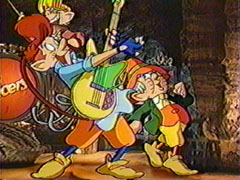 Now this may come as a surprise to some of you, but apparently there’s more than one person named Jeff in this crazy world. I’ve tried to deal with it the best I can, but it’s not all that easy. Mainly, because of one smug douchebag who doesn’t know who the hell I am or that I hate him for reasons I don’t quite understand. You probably already guessed it, but that douchebag is Jeff Probst. You think you’re so great, don’t you Probst, despite the fact that you look like a Keebler Elf. 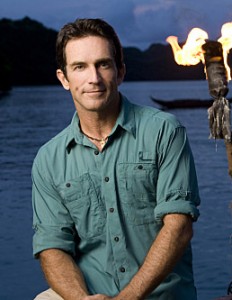 For the love of God, don't you own any other shirts?

Just look at him in every frickin episode of Survivor, rocking his blue shirt and khakis, with some trucker hat that went out of style five years ago perched arrogantly on his head. And so it comes to this. A battle of the Jeffs, if you will (you will). You know, if he ever actually happens upon this open letter and decides to take me up on my challenge. I’ll admit it, I watch a lot of Survivor. (Editor’s Note : Seriously, that show is still on?) I rarely miss it, and I remember being in the hospital the day that the very first episode debuted, wondering if I’d be able to get home by the time it started. I wish I was kidding.

But nope, I have devoted many an hour to Survivor. And over the years, while you may not know this, Probst, you’ve become my nemesis. You and that goddamn smugness, and the fact that you totally stole my name despite the fact that you were born 18 years before me. By the way, a happy belated birthday, and nice job being 47-years-old. I hope you’re happy being so old, Probst. And from Wichita. 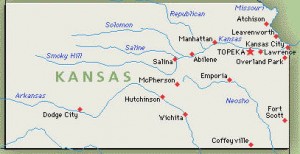 Fun fact: the official state motto of Kansas is "Meh." 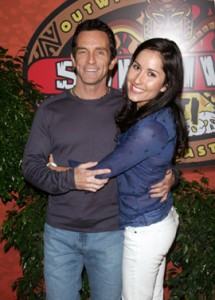 One of the few relationships in which both the man and woman suck. (Penis.)

I don’t care that People once named you one of the 50 Most Beautiful People, because they were clearly trying to get an in with E.L. Fudge, or hopped up on goofballs. I don’t even care that you at one point dated a Survivor contestant about 20 years younger than you are.

I may or may not have waged a one-sided war on Twitter with you at some point or another (I did). I don’t know why you didn’t respond to any of my many challenges. Maybe you didn’t know I existed, or maybe you were just petrified that I’d dominate you in a cage match. That’s irrelevant. The fact is, Probst, that someday soon I’ll have my vengeance. I’m not sure exactly what you did to require me to seek vengeance, but just roll with it. And wipe that fucking smirk off your face.

I’m still waiting to hear back on whether or not I’ve been accepted for the next season of Survivor.

PS – Can you stop being such a smarmy douchebag and quit provoking the contestants on Survivor? The tribe has spoken, and they all want to kick you in the nuts.