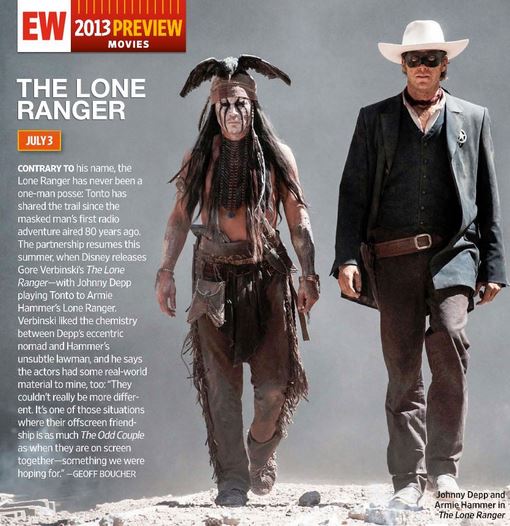 If you happened to grow up reading Entertainment Weekly, then there is a decent chance that you grew up caring more about a movie’s weekend bottom line than a nervous Paramount executive on a Monday morning. If you have followed the industry for long enough, then the claims that The Lone Ranger bombed expectations at the box office shows you just what those expectations should have been compared to what they actually were. Granted, it is ridiculous that Disney spent over $200 million on this movie. However, if you examine the criteria, then The Lone Ranger’s performance to date is somewhat on the high side of what could reasonably be expected.

Westerns are typically not big earners

Westerns are one the oldest and most respected forms of Hollywood entertainment. Westerns bring up iconic images of John Wayne, Clint Eastwood, and Randolph Scott. The Hollywood Western is literally one of the oldest forms of cinema going back to The Great Train Robbery, and they are synonymous with Hollywood. Sadly though, that great history doesn’t mean that Westerns perform well at the box office.

Recently, you have had True Grit and Django Unchained released in the genre. In the three-day actual weekend, The Lone Ranger raised $29.5 million. True Grit got $24.5 million and Django got a shade over $30 million. Neither movie went on to gross over $200 million domestically. In that vein, you would have to consider The Lone Ranger as having a relatively successful opening compared to other successful Westerns since 2010. 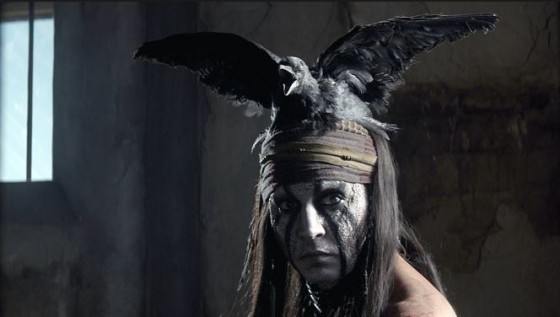 If you think about Johnny Depp movies, you are probably thinking of Pirates of the Caribbean, Alice In Wonderland, or one of the many other collaborations with Tim Burton. You know, movies which feature Johnny Depp in makeup. For that, Depp would probably be thankful to you.

Why do studios pay actors big dollars? They pay them to open the film big on its opening weekend. By week two, the studio is not even factoring an actor in the relative success or failure. Depp’s actual average for gross in domestic films is actually around $75 million. For every Dead Man’s Chest, there is also an Astronaut’s Wife. If you consider the $50 million five-day take of The Lone Ranger and consider a standard 50 percent drop in the second weekend, then you have a gross of about $75 million in the first two weekends. Congratulations, you have just matched the take of Dark Shadows.

If you consider The Longer Ranger as a Western and a Johnny Depp film, then you are actually hitting the statistical averages at the box office of what you set out to make. That is not bombing in the box office, it’s just not transcending what should be the norms. There is actually a precedent here, in another Johnny Depp / Gore Verbinski Western flick. It was the animated film Rango, and grossed $123 million domestically. It seems reasonable that The Lone Ranger could hit that mark by the end of its theatrical run.

Forget Pirates of the Caribbean 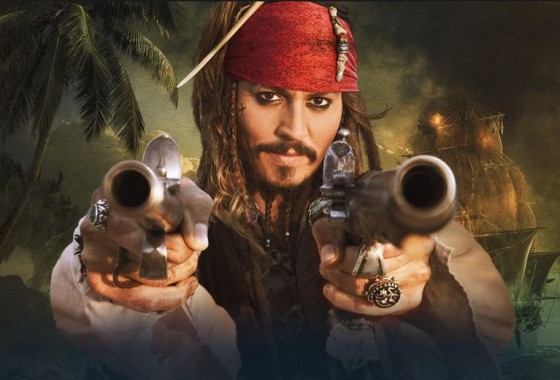 The previous movie series that people are basing the ‘bomb’ comments on is Pirates of the Caribbean. The Lone Ranger was done by the same director/actor tandem. As was previously mentioned, the previous dollar figure for such a non-Pirates Western between the two was $123 million. if you factor in Pirates, then Verbinski’s per movie average is somewhere around $164 million. If you throw out Pirates movies as well as The Lone Ranger (which has not had a full run), then Gore Verbinski’s per movie average actually goes down to $78 million. Again, this should be accomplished by week two. Verbinski’s non-Pirates hits (The Ring and Rango) were both in the $120-130 million dollar range domestically. Again, this is exactly on course for what The Lone Ranger will accomplish.