Ancient Aliens, Our Only Hope 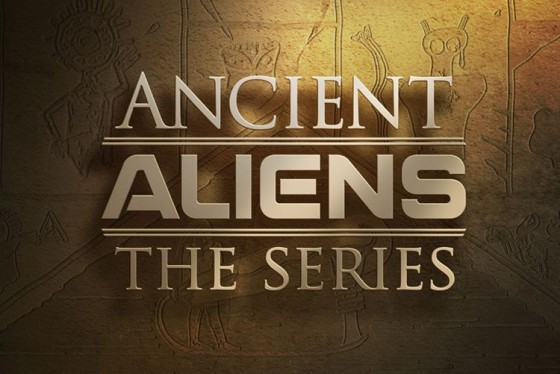 Ancient Aliens, History Channel‘s series that explores the possibilities aliens came to the planet in ancient times to help humans build the great pyramids and other things, is one of the most addicting shows on that channel (after Pawn Stars, of course), for believers and skeptics alike.

Skeptics, particularly those who are historians and scientists, will pull their hair out watching this series, as it investigates far-out theories, such as aliens dropping nuclear bombs in ancient times to Noah’s Ark being a DNA bank. Why would skeptics watch? The same reasons why liberals listen to Rush Limbaugh: to vehemently disagree.

However, the series is also very convincing for those who are desperate for answers to some of the world’s greatest mysteries. Why were the pyramids built? How could Puma Punku have been created when those people couldn’t even write? Why would the Nazca Lines have been drawn when no one could see them unless they were high in the air? And this one: Does God exist?

If the existence of aliens is ever proven, it blows the lid off everything, particularly the major religions. God did this, God did that… is the accepted position by many without question, but that’s just as far out as believing that aliens (who are technically also from heaven), made biblical miracles like the Exodus happen. Maybe it was a powerful alien who impregnated the Virgin Mary and made Jesus Christ rise from the grave. To fundamentalists, the ancient alien theory can actually prove that many things written in the Bible actually happened.

I’m not saying I’m totally on board with ancient aliens theorists. I am saying, however, that I hope they’re correct, because if we’re ever going to get answers to the greatest mysteries of our past, and actual proof religions aren’t a bunch of tall tales, then the ancient alien theories are our only hope.

Buy season one of Ancient Aliens on DVD.