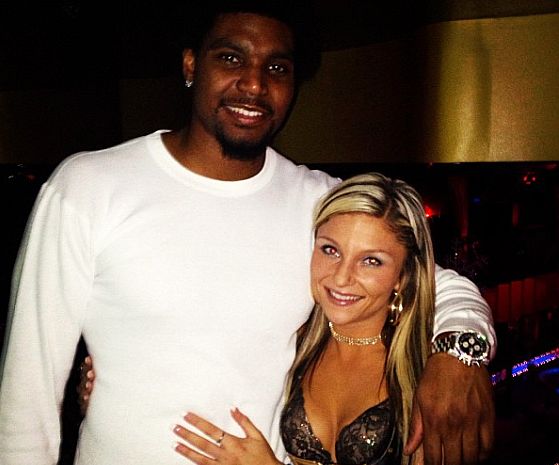 Andrew Bynum keeps stealing the headlines this basketball season, something the former Laker isn’t used to after years playing in Kobe’s shadow. Unfortunately for his current employers, Bynum isn’t making news on the court. This past offseason Bynum, an oft-injured center for Los Angeles, was traded to Philadelphia as part of a four team deal that saw Dwight Howard land in LA. While Howard and the Lakers are off to a poor start (9-13) this season, it’s Bynum who has been the biggest disappointment. The 25 year old, who only missed six games last season for the Lakers, has yet to make his debut for his new team due to knee injuries. At last report Bynum was targeting a January return to the court. 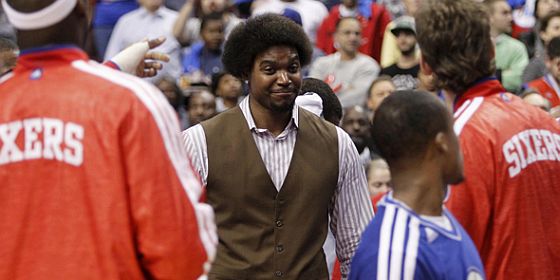 While most sidelined players try to lay low injuries haven’t stopped Bynum from making news. First, there was the ongoing saga of his increasingly-bizarre hair, which he now admits was modeled after a comic character. Then it was revealed that Bynum had possibly suffered a bowling-related setback with his knee. Finally, Sixers blog Crossing Broad has pictures of Bynum cozied up with a cocktail waitress at the Philadelphia Penthouse Club. According to reports (or comments on the Instagram page) Bynum was going shot for shot with the young lady. This story, while harmless, serves as proof for those who insist that Bynum isn’t working as hard as possible to come back from his injuries. In our opinion though, it looks like Bynum is just a 25 year old enjoying the scenery in a new town.