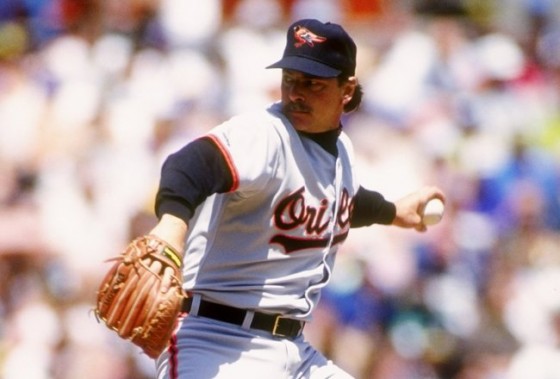 Most people react to loss with guilt, sadness or anger, and as news broke about the death of Mike Flanagan we’ve seen them all play out on a national scale on blogs, television and social media. It is not surprising considering the love that the fans and reporters had for Flanny, who was as big a part of the Orioles organization as anyone for the past three decades.

It started in the hours after his death was first reported, as Twitter exploded with criticism of MASN’s decision to ignore the news during their broadcast of the game. Fans and reporters, most notably Rob Neyer, felt that the Orioles broadcast team of Jim Hunter and Jim Palmer abdicated their role as journalist by not reporting the news of his passing. At the time, that sentiment was easy to understand, as it was both aggravating and uncomfortable to watch Hunter and Palmer maintain an upbeat mood while the fans came to grips with the loss of the popular Flanagan. The fact that the game ended without even a mention or a scroll on the bottom of the screen to alert fans was infuriating to many who were waiting to hear more information. In hindsight though, I find it far easier to accept MASN’s decision to not ask Miller or Palmer to report on the death of their friend and colleague, especially as all the details were not yet known (and may not be for a number of days. Anyone who watched Jim Palmer’s moving comments on Flanagan after the game, or heard Jim Hunter break down while interviewing Orioles manager Buck Showalter can see that shielding them from the information, if that is what happened, was the best decision. If the broadcast team was notified before the end of the game and was able to work through their pain then they should be commended. 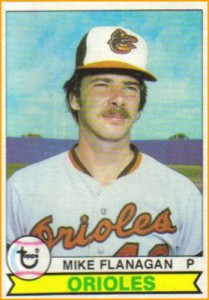 Upon hearing the news fans immediately took to Twitter, Facebook and message boards to express their feelings of loss and to share their memories of Flanagan. For anyone who followed the team over the last thirty years he was as much a part of the Orioles franchise as Cal, Elrod or the bird, so an outpouring of grief was to be expected. This grief turned quickly for some to anger, first at MASN, then at those who criticized their actions. Multiple fan sites saw angry exchanges from people who just needed an outlet, or someone to blame for the death of a popular local star.

As news continued to develop on the death of Mike Flanagan multiple sources, including WBAL and the Baltimore Sun, reported that he took his own life over the way he felt fans blamed him for the continued failures of the team. This has led to another change in emotions, as fans quickly expressed guilt for being critical of his tenure, and for not realizing that he was having trouble dealing with it. There is also a sense of denial, as it is hard to believe that a father, local hero and to outside appearances, a successful, happy man, would take his life over something as trivial as a game.

In the coming weeks we will undoubtedly see an examination and condemnation of the role of the fans and media in Mike Flanagan’s death. Writers will be quick to condemn the vitriol of sports radio and sports blogs for helping to cause his suicide. This will simply be another case of misplaced anger, as executives of losing (and even winning) teams have always taken the blame for any failings. I expect that Orioles owner Peter Angelos will also be a target, as fans look for someone to blame besides depression and mental illness.

The sad truth is we might never know what drove Mike Flanagan to take his own life, and if anything could have been done to prevent it. I urge my fellow fans to put aside their anger and guilt and remember all the great moments that Flanny had for this organization. He spent more then thirty years with this organization and there is no shortage of great quotes, jokes or stories. Both Tim Kurkjian and Richard Justice have written wonderful stories on his life, and those are the memories that we should cling to.

To quote Flanagan himself, in his moving tribute to his old friend Elrod Hendricks, “It came through loud and clear, the love of his family, the love of the Orioles, the love of baseball. And that smile, that smile is the hardest thing, I think, to let go.”