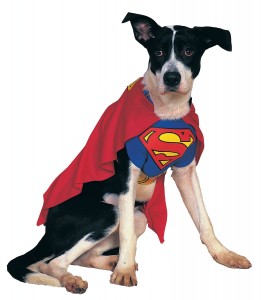 Nature is ten levels of crazy. Just take one small step out your front door and you could conceivably get bombarded by any number of nature’s minions bent on causing you acres of pain. But even above and beyond that, specialized versions of said minions have ways of surviving and protecting themselves that could have easily been created and written by comic book authors. Oh sure, sharp teeth you say, or maybe heinous claws? No, not entirely. Some of these animals actually rely on brains and highly developed thought processes to destroy their opponents and live on as victors. Because nature is a bunch of ass-kicking and epically winning. And nature is way cooler than you. Trust me.

Calamari is really good and specially cooked octopus is also pretty tasty. And as humans, we have the luxury of machines, equipment, and thumbs… so seafood is pretty simple to catch. But let’s say it’s just you in the ocean armed with just those thumbs you’re so proud of and you come across a pack of squid… oh, did I forget to mention some actually hunt in packs? Yeah, like wolves or bar chicks… anyway, you’re surrounded. Wanna know what’s headed your way in terms of maiming and death? First off, you’re not gonna see them because they can effectively become invisible. Next, some species have chitinous claws attached directly to their tentacles which can not only suction directly to your face, but also give you a fine lobotomy. So what about octopi? Yeah, that big problem you think is gonna prevent your eminent death, ya know, your Scuba mask… yeah, well, the octopus is gonna treat that thing like the lid on a jar of peanut butter. Basically, if you happen to encounter a slew of squid working with an octopus, just give in because your life is done.

First of all, ants live in large social networks called colonies that can number in the millions. It’s like the Facebook of the insect kingdom only with slightly more pupae. Ants tend toward the social side of life; just living their lives gathering crumbs, meandering into picnics, and tending to their infinite number of babies. But, what you really don’t want to do is piss them off en mass. Many species of ant have myriad ways to punish you for attempting to retrieve that whole turkey they’re making off with, which many cartoons insinuate actually happens. Most ants bite in one capacity or another, but some sting, others shoot acid at your face, and still others attack in groups of thousands and slowly nip off little chunks of you which is about as painful as getting tweezered to death. Still others are parasitic and survive by taking over other insect colonies, much like that jackass neighbor you have who constantly asks to borrow your weed whacker and your daughter. Other ants, like Siafu, travel the grounds in million-strong parades decimating everything in their wake. Ants suck.

What the hell is a secretary bird? Well, it’s a big-ass bird of prey that works better on two legs rather than hunting in the sky. That isn’t to say it can’t fly, it just chooses to slaughter it’s unaware prey on the ground sort of like a veloceraptor. Which is funny because this particular bird, sometimes referred to as a ‘terror bird’ (yikes), is one of the few that scientists have used as models to directly link birds of today to dinosaurs. Awesome. But why is it a terror bird? Because it basically beats the living shit out of its prey by either stomping on it, whacking the piss out of it with its powerful beak, or –my personal favorite– picking it up (particularly snakes) and slapping it on the ground until it’s literally beaten to death like some kind of deranged WWE character. This bird, however un-scary in appearance (it has friggin feathers behind its ears like quills for shit sake), it more than makes up for in epic ass-kickery.

Dolphins are like the puppy dogs of the ocean. They work well with others, especially humans (sharing intellectual bonds and what not), and behave very socially working in pods and even show signs of sorrow when forced to act alone. They’re like Lenny with better acrobatics. But, all is not Sea World and free fin rides in the world of the dolphin, for they can turn on you like that left over Taco Bell and kick your ass just as badly. You see, typically when a dolphin attacks it’s for defense purposes and can include bites and ramming it’s tough beak-like nose into the gills of such apex predators as sharks and probably irritating submarines. But, the most often violent and largest dolphin, is the Orca, or Killer Whale. It’s not called ‘Killer’ as an inside joke like calling bald guys Curly. This particular dolphin can and will destroy you. Willie wants his freedom.

Japanese Hornets are basically Super Balls with stingers the size of ten-penny nails that want nothing more then to strafe you with their unmistakable death-knell humming and jab you to death. These might just actually be the most evil creatures to live on earth and some kind of sick joke played on us by God who’d had entirely too much to drink that day and lost a bet with Satan. You know you’re classified as a villain when one of your names is ‘Yak Killer’. What? Yaks are big woolly animals the size of small cars and this damn bug regularly kills them! I hate nature so much. Oh, and guess what kind of horrific cocktail resides in this demon’s venom: eight distinct chemicals that draw more hornets to the victim (holy shit), acetylcholine in concentrations large enough to increase the pain often ten-fold, and venom strong enough to dissolve human tissue! Okay, aside from this thing being a direct spawn of some kind of arch-devil, it turns out it’s kind of cool. Especially as long as it’s all the way in Japan. Godzilla needs to get in on this.

Before we even begin, the answer is yes and no. Yes, there are such things as flying snakes, and no, you shouldn’t begin living the rest of your life in an underground bunker. Granted, these snakes are considered relatively harmless to humans though they do have potent venom, they’re still fucking FLYING SNAKES! Okay, calm down a bit. It’s mostly just gliding which is accomplished much in the same way fat dudes make themselves appear somewhat more svelte to the ladies in bars: they suck in their abdomens, flair out their ribs, and undulate in mid-air like they’re actually slithering on the ground. They position themselves as high up as they need to be to add to the distance of the fall (there’s a lot of snake math involved), and just fall while sucking in the gut. FLYING SNAKES!

First of all, the word ‘Armadillo’ actually means ‘Little Armored One’ in Spanish, and yes it would be a kick ass name for any head of one of their drug cartels. What armadillos can do is pretty cool. Basically, the dermal bone plates (yes, dermal means under the skin) link up with epidermal (on the skin) scales essentially forming a tight little ball of impenetrable armor. That is pretty cool. The only way this could be any more destructive offensively (as opposed to defensively) is if the animal could actively set itself on fire. As it turns out, some species are quite a bit smarter than others. Some, who aren’t as adept at ball-rolling, will hide in thorn patches (their armor protects them) or, in some cases, squeeze tightly inside the shell and jump straight up, hopefully confusing the predator or, in many cases, getting them trapped in the fenders of oncoming traffic. Cool, just not particularly bright.

Much like flying snakes, sharks are incredibly frightening and are best left as far away from me as humanly possible. Though I have seen a few of the Hammerhead variety wile snorkeling off the Bahamas, I was young and I still managed to leave a shit slick the basic size and shape of the Gulf Oil Spill. Regardless, sharks are apex predators that, no matter what scientists insist, want to chew you apart and swim away triumphantly with your intestines. The first awesome thing nature has afforded the shark are a set of constantly replacing, razor sharp teeth that are embedded in the gums like some kind of dental Rolodex. When it comes to prey location, sharks have so many ways to attach themselves to your juicy ass it’s almost ridiculous. First, the can detect your odor in distance much like we can judge sound. Second, they can detect electromagnetic signatures in potential prey with organs called Ampullae of Lorenzini, kind of like a ghost busting EMF deal. Oh, and they can sense vibrations in the water as well with their hyper-sensitive Lateral Lines. I tell ya, when these things acquire feet, we are shit out of luck.

Sometimes a Super Power has no real use either offensively or defensively. Sometimes a Super Power is used for a purpose that every person can understand: hot, hot sex. You see, this little bird is like the Frank Lloyd Wright of the avian world. There are two distinct types of bowers these little bastards create just to woo the chicks. First, one species gathers a shit load of twigs and other assorted stuff and places them just so around a sapling, often times drawing up (I made that up) and building a thatch-type roof. The babies come a swoonin’! The other species will actually build up two adjacent walls made out of sticks, reinforce the back with other assorted foliage, and literally decorate the entire place with assorted detritus like shells, rocks, flowers, vases, Brummel figurines, cat posters, and fragrant candles. Once again, all in an attempt to get a lady. And then they dance. Like crazy. Oh, and if these bowers aren’t perfect, the bitch ignores him. Man, I’m not convinced these aren’t humans.

Elephants are the largest land mammal just slightly bigger than Kirsty Alley. Though often represented as cute, cuddly, non-body stomping animals that often talk and typically have soft, pointless (literally) tusks, this shit couldn’t be further from the truth. Elephants are gigantic, tough-skinned, saber-faced monsters with no tolerance for you or anyone you know or love. Oh, and let’s not forget that trunk. An elephant’s trunk is as versatile as, and akin to, a fifth appendage with all the benefits of a human arm including end flaps that are nearly as dexterous as a finger and thumb. An elephant can either gently remove something as small as a blade of grass, or rip a damn tree out of the ground and go yard on a lions cranium. Okay, it probably doesn’t do that. But it will certainly stomp some ass if it feels threatened, and then use a shovel to bury you in a shallow grave. Man, elephants are mean.