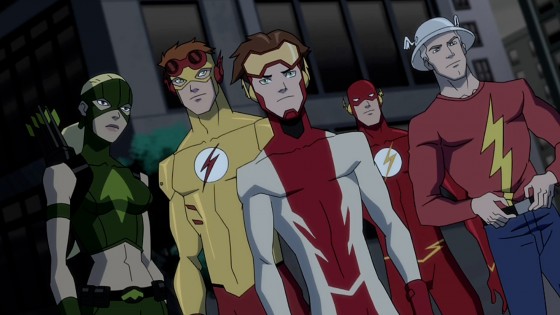 We certainly understand your pain. You are watching an animated show on Netflix. There is a dramatic conflict that is set, and all you have to do is click on the next season and watch. The trouble is that the next season does not actually exist due to cancellation. You are on your knees screaming “NO!” with your hands held in the air. We have all been there.

We can’t order a new season of that show for you… yet. However, we can offer you some insight into what creative people within those shows thought might well be the next step. We are not talking about shows in which the people said that they felt good about the show’s conclusion or where a series finale had been provided. Here are ten animated storylines you could have seen, if the show had actually gone on more seasons. 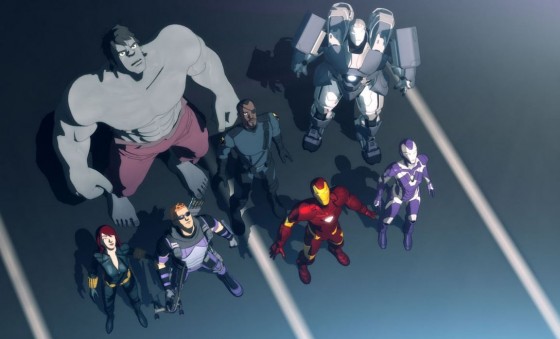 Iron Man : Armored Adventures ran on Nicktoons from 2010 – 2012. The series focused on a teenage Tony Stark developing his genius as well as his Iron Man armor. The show was not picked up for a third season. The series was able to incorporate several classic comic book storylines into it. For example, the series touched on the Armor Wars, the 2099 version of Iron Man, as well as the Extremis storyline (which was also worked into the theatrical Iron Man 3).

When asked what the elements would have been in a potential third season, writer Brandon Auman responded with some interesting ideas. Auman stated that he wanted to include classic Iron Man villains such as the Raiders as well as the Maulers. As far as character development, Auman wanted to explore the lives of superheroes in a world where everyone knew their secret identities. He also wanted to bring in classic Avengers like Thor and Captain America. The two most interesting storylines mentioned involved an appearance by Wolverine as well as the world devourer Galactus. It was all conceptual but it sounded like the makings for a good season. 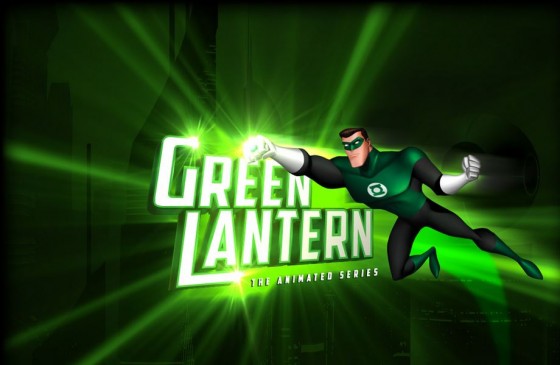 Green Lantern ran on Cartoon Network from 2011 -2013. Technically, the somewhat misleading two-year run was only really one season consisting of 26 episodes. Lantern was supposed to receive a much bigger push from the 2011 Ryan Reynolds live action movie of the same name. As the theatrical release of Green Lantern did not produce the box office or the critical acclaim anticipated, the animated series suffered as well.

There were plans for a second season which would have featured two major comics based story arcs. The first would have greatly expanded Sinestro’s storyline and introduced the Sinestro Corps. The Sinestro Corps are power ring bearers who use fear inspired yellow rings as opposed to will inspired green ones. The second story arc would have been based on DC’s “Blackest Night” storyline in which an evil being called Nekron revives dead superheroes for evil purposes. These are actually called ‘Black Lanterns.’ The series would have also introduced John Stewart and Kyle Rayner as characters. 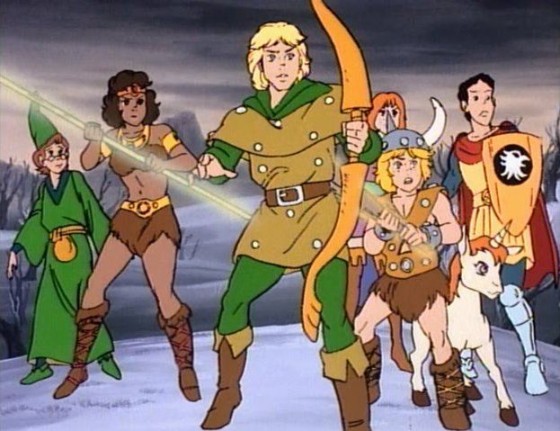 Dungeons and Dragons was a Saturday morning cartoon that ran from 1983 – 1985. Overall, the series ran for 27 episodes and concerned a band of teenagers banished to a mystical realm. They were each given a mystical object to become heroes against a great evil sorcerer named Venger. The heroes were generally aided in this quest by an elderly wizard called the Dungeon Master.

There was an un-produced 28th episode of the series titled ‘Requiem.’ In the un-produced (and seemingly final) episode, Venger would allow the heroes a chance to return home. The stipulation was that they not be helped by the Dungeon Master. The heroes unlock a vault in which many residents willingly go back home. Venger is revealed to be the Dungeon Master’s son. The heroes are given the option to stay in the mystic realm or go back to their home world. There is still evil in the realm which is presumably a being known as the Nameless One. The decision of the heroes to go or stay is never shown in the episode. Presumably, another season would have had the heroes staying and fighting alongside the Dungeon Master and Venger against the Nameless One.

4) He-Man and the Masters of the Universe 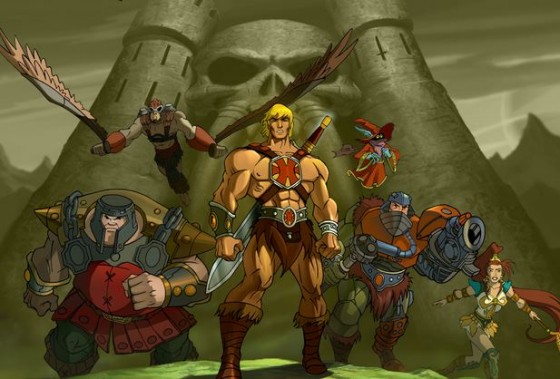 In 2002, Cartoon Network launched a new He-Man and The Masters of the Universe series as part of its Toonami brand. The series only lasted 39 episodes before cancellation. Mattel’s Ian Richter did sit down with fans at he-man.org to answer their questions about where the series would have headed in a potential season three. The answers were interesting and showed that the series would have greatly personalized the familial relationships among the characters.

For instance, the revelation was coming in the series that King Randor (He-Man  / Adam’s father) would have been revealed to be Skeletor’s half brother. This would mean that He-Man, like Simba, had been fighting his uncle for succession the whole time. Hordak, who most fans know from She-Ra Princess of Power, would have been released from an alternate dimension to become the main bad guy of season three.

In addition, the Faker robot would have finally had a story line which would have turned He-Man and the Masters into fugitives in Eternia. The final story arc would have featured the revelation that Fisto, Man-At-Arms brother, was the biological father of Teela. Teela’s mother was well established to be the Sorceress. 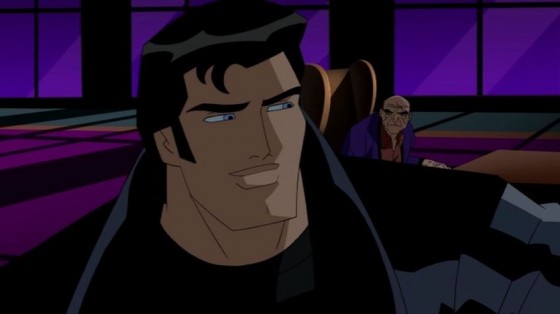 Batman Beyond was a cartoon which aired from 1999-2001 and portrayed a young man in the future named Terry McGinnis who takes over the reigns of Batman for an elderly Bruce Wayne. There were actually two planned continuations to the series. The series had a direct to video movie titled Batman Beyond: Return of the Joker. There was a second direct to video movie planned which would have featured a Catwoman storyline. That movie was scrapped due to the dark content of Return of the Joker.

There was also a planned live action movie written by Paul Dini. This was one of several Batman movie ideas kicked around at the time by Warner Brothers. Other ideas included a Batman: Year One movie as well as (believe it or not) a Batman Versus Superman movie. Eventually, Warner Brothers went with the Batman Begins concept and what became Christopher Nolan’s Dark Knight trilogy. Elements of the Catwoman idea ended up in an episode of Justice League Unlimited titled ‘Epilogue’ in 2005. In that episode, a thirty something year old Terry McGinnis confronts a woman named Amanda Waller about his origins. This is after genetic tests show that he is a match for Bruce Wayne. Nanobots were apparently used to alter the DNA of McGinnis father Warren to that of Bruce Wayne. Warren McGinnis was killed in the first episode of Batman Beyond. 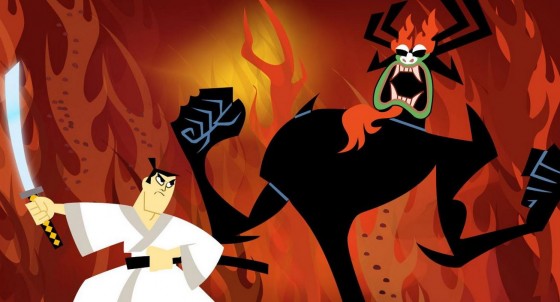 Samurai Jack is about a feudal Japanese warrior transported to a dystopian future during his first battle with that future’s eventual ruler. That ruler is a shape shifting force of darkness known as Aku. Jack’s mission in the future is to somehow find a way back to his own time and defeat Aku. The purpose would be to reunite Jack with his family. The secondary purpose would be for Aku to never create that horrible future. Over the course of four seasons on the show, Jack never actually returned home or any of his goals.

Series creator Genndy Tartakovsky (Dexter’s Lab, The first Clone Wars Animated Series, Hotel Transylvania) has been trying for years to wrap up Jack’s storyline with a theatrical release. Presumably, this movie would send Jack back to his own time. It could also be that the purpose would be to answer why Jack can never go home. There is also the outside possibility that Jack may be locked in mortal combat with Aku throughout the ages. J.J. Abrams is said to be producing the movie. However, fans may still be waiting a long time for the release. Tartakovsky is, as of this writing, working on a Popeye movie and Abrams is busy in the Star Wars Universe. 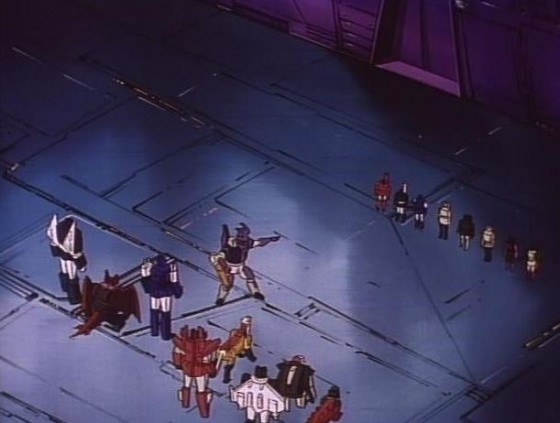 In this story arc, the Autobots and Decepticons find themselves on a new alien world called Nebulos. The Autobots side with an indigenous people called the Nebulons. The Decepticons find acceptance among an evil technologic entity called ‘The Hive.’ Essentially, the conflict gets to a point where the beings and the Transformers are merged into what are known as ‘Headmasters’ (Transformers being piloted by biological beings in their heads) as well as ‘Target masters (same concept only with guns.)  The whole conflict, alliances, as well as well as a slew of new characters were introduced. There was no fourth episode in the season.

Presumably, the conflict between the Nebulons and the Hive would have continued while being aided by the Transformers. Transformers did continue in Japan with Transformers: Headmasters but all account point to that having nothing to do with the Nebulon / Hive conflict.

The current great rallying cry for more animation has been for a third season or some continuation of the series Young Justice. Young Justice lasted two seasons and basically centered around sidekicks or younger versions of established superheroes. The decision to cancel a loved series, reportedly based on poor toy sales as well as wanting a younger audience, angered many older fans of the series. Since Young Justice is not part of the New 52 DC Animated Universe either, it is unlikely that fans will see any sort of continuation of the series.

The second season finale “Endgame” actually left a lot in the air as far as the series itself was concerned. “Endgame” ended with the death of a major character. The team is not really given any time to react to this in a long-term way. The second season also ends showing an alliance between the human Vandall Savage as well as the New God Darkseid. The ramifications of this will also not be resolved any time soon… if ever. There was a lot of room for growth in the series as well as speculation. 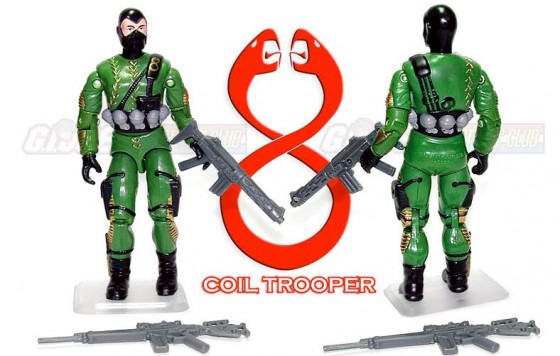 According to Buzz Dixon, a writer for the original G.I. Joe Sunbow series, G.I. Joe: The Movie was far from the intended finale for the original series. Before the takeover by DIC, there were some definite plans for the series continuation. First of all, Duke was revealed to be alive at the end of the movie. This was against the original script. The plan all along was for Duke to be phased out and Lt. Falcon to take over the Joes.

Cobra-La was definitely destroyed at the end of the movie. Cobra Commander had been turned into a snake. According to Dixon, the Commander would have stayed in snake form ‘for half the season.’ The main development, other than Falcon taking over, would have been the ascension of The Coil. The Coil was intended to be a criminal, as opposed to military, organization founded by Xamot and Tomax using elements of the former Cobra Empire. This would have definitely suited characters like Destro and Zartan more. It would have also been interesting to see where Cobra Commander fit in (once he was turned back into a man.) 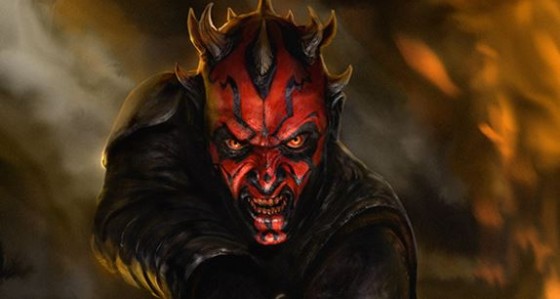 With the Disney purchase, Clone Wars was cancelled and the expected seasons six and seven never fully materialized. However, the Clone Wars people were planning on wrapping up the story arc for Darth Maul (who returned during the course of the series.) The final Darth Maul story arc is being developed into a comic book called Darth Maul: Son of Dathomir for Dark Horse Comics. Some media outlets reported that this was the intended series finale, but it was clarified to reflect that this would only be Darth Maul’s end on the series.