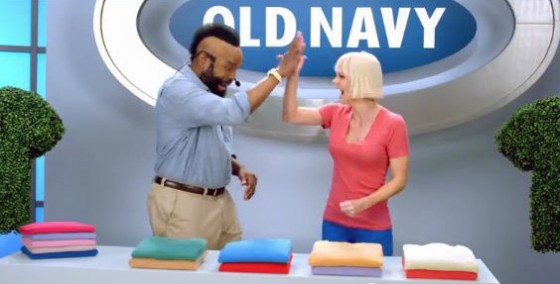 This totally awesome Old Navy commercial starring Mr. T and Anna Faris has been racking YouTube views for over a week, so if you’ve already seen it, my apologies. I’ve been preoccupied cataloging my extensive collection of gumball machine toys to catch every viral video that surfaces on the interwebcybernet. Nevertheless, whomever decided to pair T and Faris deserves a raise, because this dynamic duo make me want to run out and buy a purple tee-shirt like never before. And animated Mr. T giving a deep tee-shirt massage is the funniest thing I’ve seen in the last twenty minutes.