For those of you soured by the first film about Annabelle, the creepy doll from The Conjuring, take heart. Its follow-up, Annabelle: Creation may well be one of the scariest modern horror movies in existence. Strong words indeed, given how disappointing the first film turned out. However, it’s the talent behind the camera which makes the difference here, and the series couldn’t ask for a better gift than Lights Out director Gary F. Sandberg. 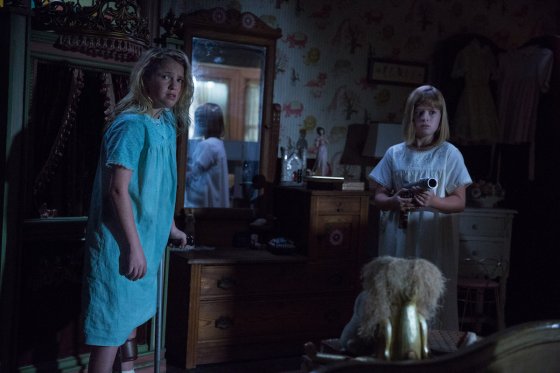 True, his feature-length adaptation of his short film Lights Out fell short in a few ways, but it wasn’t for a lack of trying on his part. Sandberg turned in commendable work from Eric Heisserer’s screenplay which painted him into a corner. This time out, Gary Dauberman’s script gives Sandberg avenues for flexing his well-tuned acumen for frights galore, all while still finding time to make a full meal out of scraps. 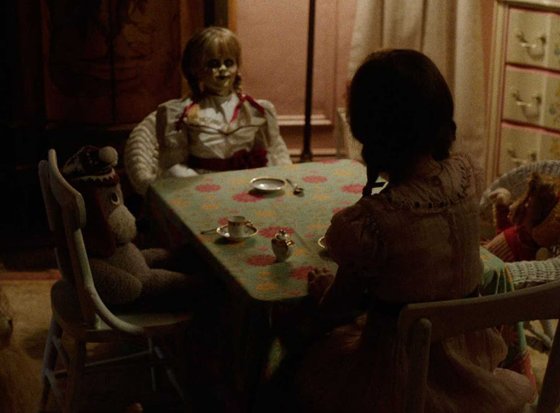 No insult is meant by the last half of the preceding sentence. Take it as a testament of how the script gives us just enough story and characterization before taking off at dangerous speeds. Don’t want to be bothered with backstories and dramatics? Most of the targets of the demon’s wrath in this film are orphans, so we’re not weighted down with much exposition. Want a reason why the parent figures are weird? Show something horrible happening to them in the film’s prologue. 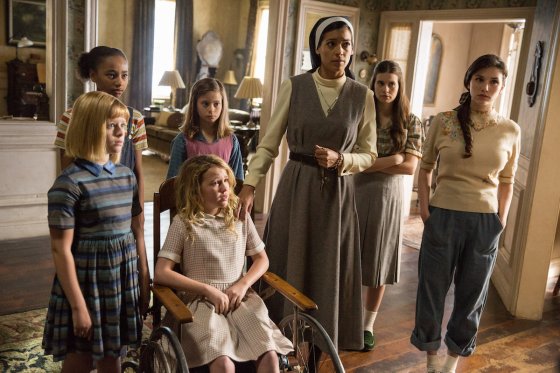 The script takes care of itself, and that’s where Sandberg takes over and lets the film run riot. It’s set up like a Halloween house of horrors, where each brush with the supernatural gets worse and worse until we’re all screaming in terror. Sandberg pumps the film full of body-tightening tension with each creakily-opening door, each heavy footstep, and every appearance of a ghost or wraithlike figure.

(Author’s note: I usually decry talking in movie theaters, but I was actually grateful for some of the tension-leavening smartass remarks some of the audience members had. Thankfully, the audience’s screams were just as plentiful.) 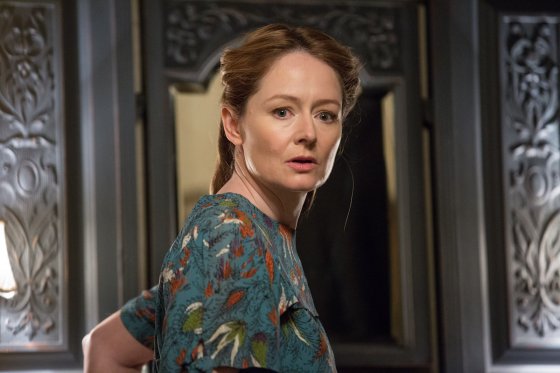 An underlying thread in all of these movies is that the malevolent spirit preys on the broken. (Well, maybe except for Annabelle, where the victims were an upwardly mobile yuppie couple and their newborn, which is where Annabelle lost its way.) The Conjuring had a family isolated from the world whose patriarch wasn’t winning enough bread. The Conjuring 2 featured a newly-divorced woman and her three children. Now, we have the meekest of the meek, discarded children with no parents to guide them. 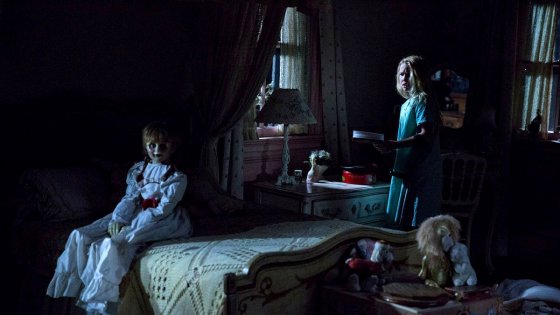 If that wasn’t enough, Janice (Talitha Bateman) is stuck with braces on her legs and walking with crutches as a result of the polio epidemic of the 1950s. We watch as the spirit singles her out almost immediately as she sets foot in the house where she and the others have been sent, and it grows ever more uncomfortable from there. One of the house’s many rooms is locked, “and it will stay that way,” warns the orphans’ benefactor, Sam Mullins (Anthony LaPaglia); it’s not a question of if, but when that room will unlock and betray its frightening secrets. 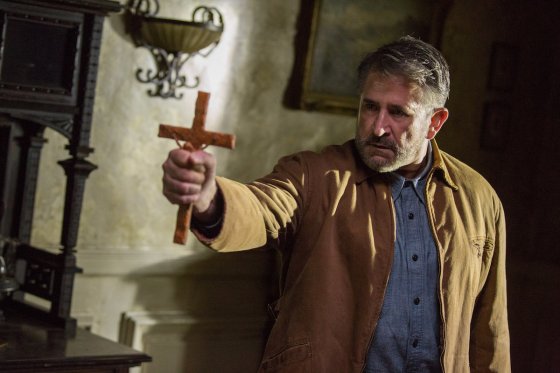 Sandberg draws natural performances out of all his participants, effective enough to garner the audience’s sympathy toward Janice and her best friend Linda (Lulu Wilson) as the spirit mercilessly toys with them. We’re also mystified by the shady Sam and his bedridden wife Esther (Miranda Otto), especially after having been seen so vibrantly in the film’s prologue. Do they have the girls’ best interests at heart, or are they merely enablers, bringing fresh victims for the spirit? 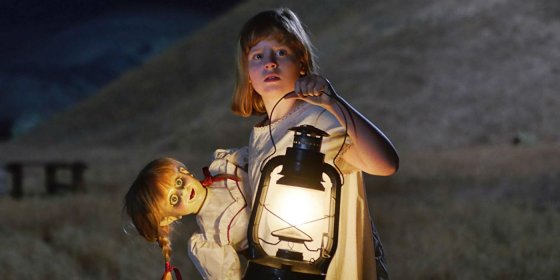 It’s a brutal game which will leave you feeling drained after one viewing. When you’re not too busy anxiously drumming your feet on the floor or steeling yourself for the next scare, look for nods to The Conjuring films and Annabelle. A throwaway remark or two in these movies may have laid a seed for payoffs doled out in this installment. If the post-credits tag is any indicator, considering the truckload of frights heaped on us in Annabelle: Creation, we’re in for one hell of a fifth film in the series.

P.S. A bit of historical trivia: the Annabelle doll and its legend are based on events surrounding a Raggedy Ann doll, which currently resides in the Warrens’ Occult Museum…

Annabelle: Creation may well be one of the scariest modern horror films in existence.